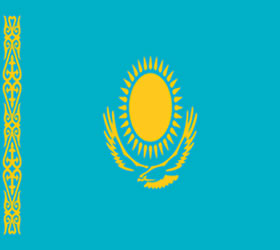 More than 100 cows bred to withstand harsh winter weather in the U.S. have been sent to Kazakhstan to help rebuild that nation’s cattle industry.About 160 cattle were airlifted Tuesday from the midwestern state of North Dakota. They are the first of 2,000 Angus and Hereford cattle that will be sent to Kazakhstan.The shipments are part of a joint deal between a North Dakota cattle group and the Kazakh government.U.S. shipping company UPS is hauling the cattle to Kazakhstan aboard one of its jets. The company says this is the first time it has carried a herd of cattle.Kazakhstan’s cattle industry has been depleted since the collapse of the Soviet Union – Voanews