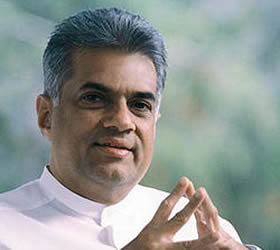 During the meeting, Wickremasinghe apologized to the general public on behalf of the UNP parliamentarians who had voted in favour of the controversial 18th Amendment to the Constitution in parliament.

Although the UNP boycotted parliamentary sessions on the day the 18th Amendment was taken up, six UNP legislators voted in favor of the amendment. – colombopage