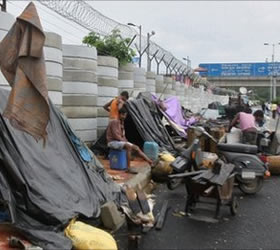 Mark Arbib said the head of Australia’s Commonwealth Games Association had told him he expected a number to follow world discus champion Dani Samuels.
Samuels withdrew on Tuesday, citing security and health concerns. Her decision came after the head of the Commonwealth Games federation fiercely criticised India over the facilities it was providing for athletes in Delhi.

Michael Fennell, president of the Commonwealth Games Federation, said advance teams had been shocked by what they had seen at the athletes’ village, where toilets were filthy and flats unfinished.

A spokesman for the local organising committee said foreign officials might have “different standards of hygiene”, but also promised that conditions would be improved before the Games opened on 3 October.

In a separate development on Tuesday, a pedestrian bridge connected to the main Jawaharlal Nehru Stadium stadium collapsed, injuring 27 workers, five of them seriously. Raj Kumar Chauhan, Delhi’s minister for development, said the accident occurred when workers were trying to pour concrete into a clip at the base of the bridge, and the clip was loosened. Close to the wire’

Mr Arbib said the chief executive of the Australian Commonwealth Games Association (ACGA), Perry Crosswhite, believed the problems with the athletes’ accommodation could be fixed before its team began arriving. “His view is that while there is still work to be done in the Australian quarter, he believes that can be completed before the Australian athletes arrive,” Mr Arbib told Sky TV. But the sports minister said Mr Crosswhite “thought there could be a number more” who might join Daniels in pulling out of the Games. Mr Arbib said all Australians travelling to Delhi should take extreme care and heed the Australian government’s travel advisories. The foreign ministry says it has received reports of possible terrorist threats. Two tourists were wounded in a shooting in the capital on Sunday.

Mr Arbib added that “strict rules” would be put in place on the Australian team’s movements. “They’ll be able to travel between venues and obviously in the village. But they are obviously concerned about travel in public areas.” The head of England’s Commonwealth Games team, Craig Hunter, meanwhile demanded guarantees of safety for competitors, and warned that “time is beginning to run out” for the organisers. Sanjoy Majumder explains the problems with the athletes’ village

“It’s hard to cancel an event of this magnitude but we are close to the wire, and teams may start to take things into their own hands.” “Athletes will start getting on planes soon and decisions will have to be made. We need new levels of reassurance.” A decision about England’s participation will be made in the next 48 hours. Mr Hunter’s comments came a day after England’s world triple jump champion, Phillips Idowu, said he was too concerned about safety to take part. The head of New Zealand’s Commonwealth Games team, Dave Currie, warned that if the arrivals of the athletes had to be pushed back, it could ultimately result in the competition being cancelled.
‘Under control’

Following the advance teams’ assessments, the Indian government convened a high-level meeting to review the situation. It resolved to set up a “command and control centre” – comprising government and security officials, along with representatives of the Delhi organising committee and the developers of the athletes’ village – that would co-ordinate all activities relating to the Games, officials said. The number of workers will also be increased to ensure conditions are improved.

Delhi Lt-Governor Tejinder Khanna has reportedly been told by Prime Minister Manmohan Singh to personally oversee the work and submit a status report everyday. The secretary-general of the organising committee, Lalit Bhanot, earlier said the authorities understood the concerns shown by some member countries and the Commonwealth Games Federation (CGF). But he suggested that the complaints could be due to “cultural differences”. “Everyone has different standards about cleanliness. The Westerners have different standards, we have different standards,” he said.

Mr Bhanot said the situation was “under control” and that he was “sure and confident” that cleaning in the residential areas would be complete by the time teams start arriving. He said he had visited many athletes’ villages over the years and had never known one of such high quality. “This is a world-class village, probably one of the best ever,” he said. Officials from the Ministry of Sports promised last year that the village would be ready in March 2010. Built alongside the Yamuna River in the east of Delhi, it consists of a series of blocks of flats to house about 7,000 athletes and their families, a 2,300-seat cafeteria, and practice areas – BBC