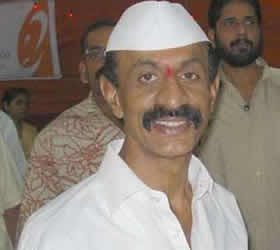 Arun Gulab Gawli, known to his followers as ‘Daddy’, is a notorious criminal turned politician from Mumbai. In 2004, he was elected as a MLA from the Mumbai Chinchpokli Constituency as an Akhil Bharatiya Sena candidate. Gawli’s rise in prominence is believed to be due to his ‘native roots’ as a local lad, which makes him distinct from most other non-Marathi-speaking dons. Gawli actively carried out kidnappings and extortions and was believed to have been supported by some powerful bureaucrats and politicians -indiatimes