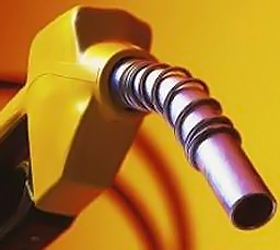 NEW DELHI: Petrol pump owners across the country have decided to stick to their guns and down shutters indefinitely from September 20 after talks with state-run oil companies and the oil ministry over a new formula for deciding dealer commission failed on Monday.

Federation of All India Petroleum Traders, which represents around 38,000 petrol pumps in the country, have been demanding dealer commission as a percentage of the pump price instead of the fixed amount on each litre. The dealers made this demand since the government lifted controls over petrol pricing — at least on paper — in June and allowed oil companies to change prices after every 30 days in line with international crude.

According to Federation’s Ajay Bansal, company executives and ministry officials kept passing the buck at Monday’s talks. The official stand was that petrol has been deregulated and decision on commission needs to be taken by the marketing companies. The executives, on the other hand, maintained that they still did not have the freedom to revise petrol prices and diesel was still under government control so it was for the ministry to take a call.

The dealers argue that once the companies start changing prices periodically in line with international crude, pump owners will suffer losses on existing stocks every time there is a downward revision. They also claim such frequent changes will also push up their operating costs.

In June, the government had raised petrol prices by Rs 3.50 a litre, diesel by Rs 2, kerosene by Rs 3 and cooking gas by Rs 35 a cylinder. While deciding on the increase, the ministerial panel on fuel had also freed up petrol pricing and said diesel prices, too, would be linked to market in phases – Timesofindia