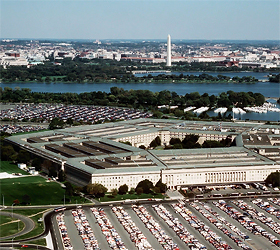 WASHINGTON: The Defense Department plans to ask Congress soon for permission to sell up to $60 billion in advanced weapons to Saudi Arabia, in what could be the largest single US arms sale.

The sale has been in the works for months.

Unlike some earlier proposed arms sales, Congress is expected to approve this one. A Pentagon spokesman says the request is expected within a week or so.

Officials, speaking on condition of anonymity because the transaction has not yet been formally announced, confirmed a Wall Street Journal report about the deal but warned that key US lawmakers would block the move.

“You can fully expect that a hold will be placed on this deal,” thought to be the largest ever arms sale of its kind, said a senior congressional source.

“There is serious concern about some sensitive material which is expected to be included in the deal,” said another source, who said that Obama aides would brief congressional staff on the deal on Monday.

A “hold” would come from the chair or ranking member of the House Foreign Affairs Committee or Senate Foreign Relations Committee, which typically must sign off on arms transfers, and could change what is in the package.

The Journal, which cited unnamed officials, said the administration was also in talks with the Kingdom about potential naval and missile-defense upgrades that could be worth tens of billions of dollars more.

The $60 billion in fighter jets and helicopters is the top-line amount requested by the Saudis, even though the Kingdom is likely to commit initially to buying only about half that amount, the paper said.

In its notification to Congress, expected to be submitted this week or next, the administration will authorize the Saudis to buy as many as 84 new F-15 fighters and upgrade 70 more, US officials said.

The arms package would also include the purchase of three types of helicopters – 70 Apaches, 72 Black Hawks and 36 Little Birds, The Journal said. The notification will set off a congressional review.

Another congressional source confirmed the broad outlines of the Journal’s report but cautioned “the exact dollar amounts in these things is always iffy.”