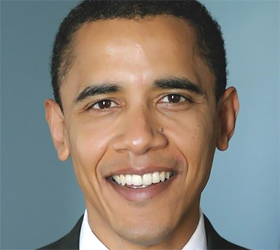 There’s something beyond plain old ignorance that motivates Americans to believe President Obama is a Muslim, according to a first-of-its-kind study of smear campaigns led by a Michigan State University psychologist.

The research by Spee Kosloff and colleagues suggests people are most likely to accept such falsehoods, both consciously and unconsciously, when subtle clues remind them of ways in which Obama is different from them, whether because of race, social class or other ideological differences.
These judgments, Kosloff argues, are illogical. He also suggests they are fueled by an “irresponsible” media culture that allows political pundits and “talking heads” to perpetuate the lies.
“Careless or biased media outlets are largely responsible for the propagation of these falsehoods, which catch on like wildfire,” said Kosloff, visiting professor of psychology. “And then social differences can motivate acceptance of these lies.”
A Pew Research Center poll in August 2010 found that 18 percent of Americans believe Obama is a Muslim – up from 11 percent in March 2009 – even though he’s a practicing Christian. Kosloff noted that the poll was conducted before Obama’s recent comments supporting the right for Muslims to build a mosque near New York’s Ground Zero.
Kosloff and colleagues launched their study prior to the 2008 U.S. presidential election, as the candidates were being bombarded with smear campaigns. It’s the first comprehensive experimental study of the psychological factors that motivate Americans to believe the lies. The findings are published in the American Psychological Association’s Journal of Experimental Psychology: General.
In four separate experiments (three before the election and one after), the researchers looked at both conscious and unconscious acceptance of political smears by mostly white, non-Muslim college students. For the conscious trials the participants were shown a false blog report arguing that Obama is a Muslim or a socialist or that John McCain is senile. The unconscious trials involved gauging how rapidly subjects could identify smear-relevant words such as “Muslim” or “turban” after Obama’s name was presented subliminally.
Among the results:

Kosloff said the increase in belief that Obama is Muslim likely reflects a growing disenchantment with his presidency – a sense that people feel Obama is not on their side.
“When people are unsatisfied with the president – whether it’s the way he’s handling the economy, health care of Afghanistan – our research suggests that this only fuels their readiness to accept untrue rumors,” Kosloff said.
“As his job rating goes down, suggesting that people feel like he’s not ideologically on their side, we see an increase in this irrational belief that he’s a Muslim,” he added. “Unfortunately, in America, many people dislike Muslims so they’ll label Obama as Muslim when they feel different from him.” – physorg