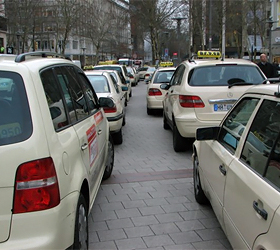 KOLKATA: While most Kolkatans were enjoying a day off, courtesy the 24-hour bandh, those stuck at railway stations and the airport lived through a nightmare on Tuesday.

There were hardly any taxis and buses on the streets. Among those who suffered most were patients who had come to Kolkata for treatment.
Henna Tausar, a cancer patient from Mirzapur in UP, had an appointment with a homeopath on Elgin Road. “We arrived by Chambal Express in the morning but there were no taxis. We contacted the doctor who was kind enough to reschedule the appointment to Wednesday. We will spend the night at the station,” said Tausar’s brother.

Bijoy Saha, who was bringing his 82-year-old father from Lalgola, Behrampore, to a government hospital in Kolkata arrived at Sealdah around 4.30 am and left for the hospital immediately. However, the doctor did not turn up. “We waited for hours and then managed to get a private car back to Sealdah station,” Saha said.
First timers to the city were appalled. “There are bandhs in Jamshedpur as well but everything does not shut down in this manner. We were lucky to find a share taxi from the airport to the station. Otherwise we would have missed Gitanjali Express,” said Md Ismail, a businessman from the steel city. He had come to Kolkata to receive his brother at the airport. The share taxi charged them Rs 400 each for the trip to Howrah station.

Prabir Choudhary, an MBA student in Lucknow, left his Dum Dum home at 8 am to catch a train from Howrah in the afternoon. “We didn’t take a risk and took an early local train to Sealdah and luckily got a bus to Howrah,” Choudhary said.

Kolkata and the northeast were virtually cut off from the air map of the country. Airlines cancelled about 200 flights to these areas that were expected to be worst hit in advance.

Those who had business trips planned for the day suffered with only 27 out of 121 flights taking off from Kolkata on Tuesday as private carriers cancelled services during the strike duration. Of the 95 flights that domestic private carriers operate on a usual weekday, only five flights took off on Tuesday. The only airline that kept services going was Air India. Of the 23 flights it scheduled for the day, it operated 19 flights. Foreign carriers Emirates, Druk Air and Air Asia operated a flight each.
Bhutan Singh, a Delhi executive was stranded at the airport for hours before he got a share taxi to Park Street for Rs 400. “There is a bandh in Delhi as well but I didn’t have a problem reaching the airport. Why do people here take bandhs so seriously?” he wondered – Timesofindia