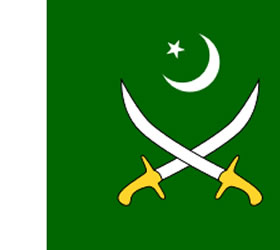 ISLAMABAD – Flood devastation has affected approximately 20 million Pakistanis, destroyed infrastructure and left the frontline American ally in the war against al-Qaeda in a vulnerable state. At the same time, the Taliban-led insurgency is spreading to northern Afghanistan, with the potential to create trouble in the nearby Central Asian republics.

As a result, Washington is moving towards a new plan that involves regional players. Primarily, this centers on Russia, in cooperation with the United States, coming up with a regional security plan to look after Central Asia and northern Afghanistan.

In tandem, it is envisaged that the military in Pakistan will be given clear empowerment so that it can play an effective role in countering the anticipated chaos as the flood waters finally start to recede.

The floods have changed the dynamics of the American war in Afghanistan. The devastated areas include restive Khyber Pakhtoonkhwa province, southern Punjab, Sindh province and parts of Balochistan.

In dealing with the massive humanitarian crisis, the military has had to shelve all operations against militant and al-Qaeda bases in the tribal areas on the border with Afghanistan, as well as in southern Punjab.

The flood has destroyed huge swathes of crops and dragged Pakistan into a serious quagmire, yet the international community, which provided US$6 billion after an earthquake in 2005, has only come up with $80 million in cash and about $60 million in kind for the rehabilitation of over 20 million people, according to the Economic Affairs Division. (Three million people were affected by the earthquake.

It will take many months for people to rebuild their shattered lives, let alone their homes, and the last thing on their minds will be supporting the American war. On the other hand, the deluge has created ideal conditions for the Taliban to mount a major recruitment drive.

According to the United Nations High Commissioner for Refugees (UNHCR), Pakistan, with 1.7 million Afghan refugees, has one of the world’s largest refugee populations. More than 1.5 million of these people live in flood-affected provinces and they have suffered badly. In Khyber Pakhtookwa province alone more than 12,000 dwellings in refugee villages have been swept away, leaving almost 70,000 people homeless.

“There is no way for the Afghan refugees other than to go back to their native regions in Afghanistan because in the present plight Pakistan has prioritized its citizens.” A United Nations official told Asia Times Online on condition of anonymity. “It is planned that land that was being used for refugee camps will be used to shelter homeless Pakistanis.”

Most of the refugees in Khyber Pakhtoonkhwa hail from the eastern Afghan provinces of Ghazni, Logar, Laghman and Nagarhar. In many of these districts the Taliban run their own administrations – and even their own revenue systems.

The UNHCR has confided that thousands of refugees have returned home, but admits it has not been able to track their movements. It can be expected that many of these impoverished returnees will be enticed to join the Taliban.

In recent months, the insurgency has picked up pace in the eastern border provinces of Nagarhar, Kunar and Khost, where casualties among American troops and their allies in the Afghan National Army have soared to new heights.

In the past five days alone, 25 Americans have died. The number of US soldiers killed in 2010 is the highest annual toll since the conflict began almost nine years ago. A total of 323 US soldiers have been killed this year, compared to 317 for all of 2009.

Troubled tribal areas
Khyber Pakhtoonkhwa’s infrastructure has all but collapsed and the civilian administration is non-existent; the crisis is being dealt with by the military.

Militants are taking full advantage of the situation and gradually returning after leaving the area following military operations over the past years. In the absence of bridges and roads, it is not possible for the military to chase them – even if they had the time.
In the past few days, militants have carried out targeted attacks against their rivals in tribal council meetings and individually. According to Mian Iftikhar Ahmed, the minister of information of Khyber Pakhtoonkhwa, all of the top leaders of the Awami National Party (ANP) that governs the province have received death threats and security has been beefed up around them.

In the southern port city of Karachi, from where North Atlantic Treaty Organization (NATO) supplies go to Afghanistan, all kinds of political, ethnic and sectarian clashes continue and on a daily basis at least five to 10 people are killed.

At this juncture, the Taliban are looking to apply a forward strategy in northern Afghanistan and in Central Asia to stir up rebellions. The Islamic Movement of Uzbekistan is once again active in the Farghana Valley and is believed to be the main engine in many of the recent incidents of violence in different Central Asian states.

A Russian alliance
“The Americans don’t have a policy for immediate withdrawal. Even if they withdraw in the future, they will keep their troops in northern Afghanistan,” Professor Walter Russell Mead, a prominent American academic, told Asia Times Online while on a recent visit to Pakistan.

“There is cooperation between Russia and the US on Afghanistan and it will grow,” says Mead, senior fellow for US foreign policy
at the Council on Foreign Relations and the James Clarke Chace Professor of Foreign Affairs and Humanities at Bard College.

“In future we [the US] will deal with all terror threats in the region with collective efforts. Russia is in big trouble these days. Its economy is in shambles. The Muslim population is outnumbering the Slavic population. As a result, the liberation movement in the Northern Caucuses is strengthening. The US aims to provide all sorts of support to Russia and in return the Russians are supporting American interests in Afghanistan,” Mead said.

However, this cooperation is not sufficient to break the siege in and around Afghanistan – the most important deal is to be signed in Pakistan with the army.

The US’s strategy has been to limit the power of the military in Pakistan; this led to the civilian government of President Asif Ali Zardari following years of military rule under General Pervez Musharraf, who stepped down in 2008.

The floods, however, have washed away this facade. At the height of the disaster, Zardari was traveling around Europe, and the military stepped in, particularly in Khyber Pakhtoonkhwa where the ANP seemed helpless.

In Sindh, ministers and lawmakers of the powerful ruling Pakistan People’s Party (PPP) are said to have diverted flood water to save their farms, while inundating others. Former prime minister Zafarullah Khan Jamali and other Baloch leaders claimed that Sindh leaders of the PPP flooded their towns and villages.

The Pakistani media showed footage of how influential people saved their properties and farms at the expense of theirs – the flood has exposed the divide between the elite and the downtrodden.

Faced with the tarnished image of politicians and a potential sharp rise in militancy, Washington realizes the military is the only institution capable of confronting future threats. This does not mean the imposition of martial law or a coup. Rather, the military will be encouraged to make use of article 190 of the constitution under which the judiciary can urge the military to intervene in crises on a case-by-case basis. – atimes