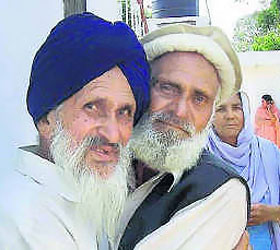 CHANDIGARH: In a first, inter-religion live-in partners have got security from the Punjab and Haryana High Court after religious heads refused to solemnize their marriage unless they converted to one religion.

That left them with the only option of marrying under the Special Marriage Act, which requires their parents to be informed.

This has posed danger to their lives as their families are opposed to their marriage. Jagroop Ali and Kulwant Kaur of Moga district in Punjab sought protection from the high court.

The couple, who decided to settle into a live-in relationship after refusing to convert, was granted legal protection from the girl’s enraged parents.

Kulwant, who belongs to Jat Sikh community, and Jagroop Ali left their village on June 22 because Kulwant’s parents were unwilling to allow their marriage.

Both of them approached gurdwaras and mosques to solemnize their marriage, but both refused as they belonged to different religions. Kulwant and Ali then pledged to live together for life.

Apprehending threat from Kulwant’s family, the couple moved a petition before the high court on Wednesday. Hearing the couple’s plight, Justice Daya Chaudhary asked the SSP, Moga and other respondents to ensure their life and liberty – Timesofindia