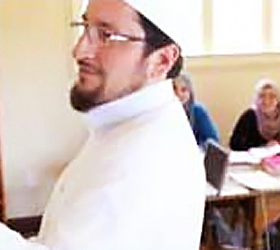 DUBAI: Dubai has witnessed over 13,000 conversions to Islam over the last 14 years particularly during the holy month of Ramadan, a senior official has said.

Huda Al Kaabi, head of the New Muslims Section at the Islamic Affairs Department, said as many as 13,946 people from 72 nationalities have embraced Islam in Dubai since 1996.

“When people come to Dubai, they know better about the bright image of Islam, and how it tolerantly meets man’s needs in all places and times,” she said.

“The nationality of most new Muslims differs from one year to another,” Kaabi said, adding that more women than men opt for Islam.

Some 391 people from 35 nationalities converted to Islam last Ramadan. According to her, the New Muslims Section provides fully integrated and free services to Muslims, new Muslims and non-Muslims – Timesofindia