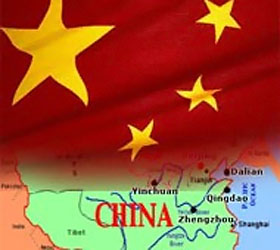 BEIJING (Reuters) – China on Friday offered a rare glimpse into its foreign exchange reserves, confirming that they are overwhelmingly allocated in dollars, while a central banker said the mountain of cash could face depreciation risks.

The Chinese government’s currency reserves, the world’s largest such stockpile at $2.45 trillion, are held roughly in line with what was described as the global average: 65 percent in dollars, 26 percent in euros, 5 percent in pounds and 3 percent in yen.

The allocation of Chinese foreign exchange reserves is considered to be a state secret, but analysts have long estimated that about two-thirds are invested in dollar assets.

Separately, Hu Xiaolian, a vice governor with the People’s Bank of China, warned that depreciation loomed as a risk for foreign exchange reserves held by developing counties.

“Once a reserve currency’s value becomes unstable, there will be quite large depreciation risks for assets,” she wrote in an article that appeared in the latest issue of China Finance, a Chinese-language magazine published under the central bank.

She reiterated China’s long-standing discomfort with a global financial system dominated by a single currency in the dollar.

“The outbreak and spread of the global financial crisis has highlighted the inherent deficiencies and systemic risks in the current international currency system,” she said.

“A diversified international currency system will be more conducive to international economic and financial stability,” she added.

To that end, developing countries must speed up reform of their financial markets, and China would work to promote greater cross-border use of the yuan, she said.

There have been signs in recent months that Beijing has stepped up the pace of diversification of its foreign exchange reserves away from dollar assets.

Chinese net buying of Japanese debt has surpassed 1.7 trillion yen this year, far surpassing its record of 255.7 billion yen in 2005.

At the same time, China has slightly cut back its vast holdings of U.S. Treasuries, from $894.8 billion at the start of the year to $843.7 billion in June, according to the most recent data. China remains the biggest single holder of U.S. government debt.

But analysts have also warned against reading too much into the apparent shifts in the flow of cash from China. Like any investor with commercial interests in mind, Beijing has shown a readiness to shift its strategy depending on what it sees as good buys at the time.

The China Securities Journal laid out the prospects for a shift back to the dollar in the near term.

“It is unlikely that China will increase purchases of Japanese bonds in the coming months because the yen might weaken at any time,” the newspaper said.

“China is very likely to increase purchases of U.S. Treasuries in September. The possibility for China to buy more Korean bonds can’t be ruled out,” it added – Abcnews