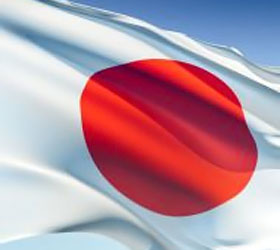 (Reuters) – Japan’s growing dependence on China for growth grates with concerns over its expanding military reach, deepening a dilemma over how to engage with its giant neighbor even as the two trade places in economic rankings.

But while the interdependence raises the risks for the world’s second- and third-biggest economies if relations sour, it also boosts incentives to keep ties on track.

“But … Japan has a clear interest in developing better political and diplomatic relations precisely because of the greater economic interdependence.”

News that China had surpassed Japan as the world’s second-biggest economy in the second quarter grabbed global headlines in August, underscoring China’s rise and deepening pessimism over whether Japan can even keep third place.

Even more telling is Japan’s deepening dependence on China’s dynamism for growth in a mature economy plagued with an aging, shrinking population and a shortage of policy solutions.

Japan’s exports to China topped those to the United States last year, accounting for nearly 20 percent of all its exports.

That figure will probably rise to 35 percent by 2026, when China will likely oust America from the top global spot, said Chi Hung Kwan at Nomura Institute of Capital Markets Research.

Japan’s direct investment in China has also soared, exceeding 70 percent of its investment in North America last year, with more and more goods being made for local sale, not export.

“For Japanese companies, China is becoming more and more important, not just as the workshop of the world, but as the market of the world,” Kwan said at a luncheon with reporters.

Sino-Japanese relations, long plagued by China’s memories of Tokyo’s wartime aggression and present rivalry over resources and territory, have warmed since a deep chill in 2001-2006, when then-premier Junichiro Koizumi visited the Yasukuni Shrine, seen by Beijing as a symbol of Japanese militarism.

Last weekend, a delegation of Japanese cabinet ministers met their Chinese counterparts in Beijing for high-level economic talks — the third such annual dialogue — and agreed on the need to work together for global growth.

But even as economic ties deepen, Japan is increasingly wary of China’s intentions as it spends more of its wealth on defense and shows growing willingness to project military power.

A survey by the China Daily in August showed that 52.7 percent of Chinese respondents saw Japan as a military threat, while 70.8 percent of Japanese felt the same about China.

“The big gap may create some imbalances and is already creating imbalances in the East China Sea and South China Sea.”

While a panel of experts advising the government as it undertakes a major review of defense policies gave a nod to such concerns, the wording was restrained, a reflection of Japan’s dilemma as it balances economic interests with security worries.

“Japan’s security position requires an extremely delicate policy. On the one hand, it is important to make sure that the cost of unfriendly, non-peaceful behavior is very costly … and there has to be a very robust defense posture together with the United States,” said Chikako Kawakatsu Ueki, a Waseda University professor.

“At the same time, if you are talking about China, everyone knows that China’s well-being as an economic power is important to Japan, to the United States, the region and the globe.”

The dilemma is a delicate one for Japan’s ruling Democratic Party, which swept to power for the first time a year ago, ousting the LDP after more than 50 years of almost non-stop rule.

The party pledged in its campaign last year to forge a more equal relationship with security ally Washington while improving ties with Asian neighbors including China, sparking concerns in some U.S. circles that it was tilting toward Beijing.

“China is becoming more and more important to Japan year in and year out. Everyone accepts that. The debate is how best to handle this — engagement or constraint,” said Phil Deans, a professor of international affairs at Temple in Tokyo.

“The pressure to pursue both strategies is increasing which is making the contradictions more obvious.”

Experts say Japan, distracted by its own economic woes and internecine strife in the ruling party, will likely respond with a mix of reliance on the U.S. military deterrence and beefing up its own forces within the elastic constraints of a pacifist constitution, while pursuing better diplomatic ties with Beijing.

“There are three decisions they can make: contain China, engage China or … just live in a really uncomfortable situation and hope they don’t end with the worst of both worlds,” Deans said. “I think maybe they can live in this very difficult place.” – Reuters