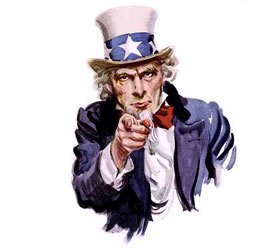 The friendship of Iran is much better than its hostility.”
Iranian President Mahmud Ahmadinejad

Iran’s ruling establishment is embroiled in heated debate on which course of action to take with the United States
, with various political factions seeking to gain capital by touching on issues of war and peace and the economic well-being of Iran.

Ultimately, the decision on whether or not Tehran engages in a new round of bilateral or multilateral dialogue with Washington rests on Supreme Leader Ayatollah Ali Khamenei, who is deeply untrusting of US President Barack Obama’s so-called Iran engagement policy that has turned into tough sanctions and warmongering rhetoric.

As in the past, Khamenei’s final decision will be a byproduct of multiple intertwined factors: Khamenei’s own assessment of Washington’s behavior and the feelers sent by the White House, factional balances, inter-agency discussions and deliberations, above all within the Supreme National Security Council, and the weight of public opinion.

The outcome of a complex interactive process rather than the (whimsical) decision of the top leader, the next move the Islamic Republic makes in its policy toward the US is highly critical. It has the potential to backfire at home if it does not meet the challenge of Iran’s foreign and domestic priorities, which is why the decision has turned out to be both exceedingly complex and agonizing.

“Part of the problem is the lack of adequate information about the Obama administration and its motives,” said a Tehran University political science professor who specializes in Iran’s foreign relations. Obama has sent many “contradictory signals” toward Iran that “have convinced many in Iran that he may prove to be a war president instead of peace president vis-a-vis Iran,” according to the professor, who declined to be identified.

A number of Tehran analysts maintain a modicum of faith in the Obama administration, hoping that it could still prove different from its predecessors and introduce a meaningful, if not highly significant, change in the US’s approach toward Iran, despite the recent rounds of US-led sanctions slapped on Iran.

The Gordian knot of US-Iran hostility cannot be undone unilaterally, however. If there is to be a breakthrough then certain initiatives and reciprocities are necessary, serving as incremental bricks in rebuilding the breakdown in mutual trust.

“Unfortunately, there is a correlation between the wars in Iraq and Afghanistan on the one hand and Iran on the other,” the professor said. ”Whenever the White House feels the pinch of a deteriorating situation in those places, it eases its hostility toward Iran, but the moment it feels confident on its ongoing wars, it ups the ante against us.”

The professor hinted at another dimension of complexity in current US-Iran relations; the fact that Tehran and Washington must constantly adjust their policies based on data from the troubled neighbors of Iran in Iraq and Afghanistan, not to mention Pakistan, which is now distracted with the disaster caused by flooding.

Little wonder that the recent spate of bad news from both Kabul and Baghdad – for example the well-coordinated country-wide bombings in Iraq – actually serves as good news in terms of staving off and diminishing the chances of a worsening crisis with Iran, within certain limits.

The same “quagmire” also gives Iran a cushion of comfort that dampens any major incentive to compromise for the sake of rapprochement with the US. Instead of rapprochement, a dreaded word in Tehran nowadays, expectations are much lower and focus instead on thorny questions of limited dialogue on issues such as Iran’s nuclear program and regional security.

From the vantage point of the proponents of direct talks with the US, this is in Iran’s national interests since a nuclear fuel-swap deal for a Tehran reactor may never materialize in the absence of such dialogue.

A new round of multilateral nuclear talks is therefore necessary to hammer out differences that remain about the swap deal, which could potentially act as a catalyst for broader agreements. This is in light of economic sanctions that have hurt Iran’s economy, particularly in an energy sector in dire need of billions of dollars in foreign investment.

Tehran’s main concern is not to enter the ring with heavyweights looking defensive and weak, thus the importance of timing and the right atmosphere. Iran wants to avoid giving the impression in the near future that, as a result of heated debate in Tehran, its negotiators represent a house divided, thus robbing the Iranian negotiators of the necessary confidence to stand up to global “bullying powers”.

However, opponents of direct talks with the US may be gaining the upper hand, in light of the successful completion of the Russian-built power plant in Bushehr and the indifference if not outright hostility of several nations (including Turkey and China) toward economic sanctions against Iran.

The prospects for Iran to weather the sanctions, albeit at some cost, are also a factor, though difficult to measure given the inadequate data on the net impact of various sanctions against Iran. A clearer picture on this may emerge by the end of the year, but for the moment the only tentative conclusions that can be drawn are that the effect of sanctions on the economy falls short of the desired “crippling”.

“There are many countries – China, India, etc – that are Iran’s trade partners with a long history of Western sanctions and none of them buckled under pressure, so why should Iran? It’s a question of national pride and identity that can be harmed if Iran forfeits its nuclear policy as a result of sanctions,” the Tehran professor said.
The only problem with such comparisons is that unlike China and India, Iran has consistently denied that it has any intention to build nuclear weapons. Irrespective of such differences, what seems to matter more to Tehran analysts and politicians is the sanctity of the nation’s external image; an image that could be imperiled if it appeared that Tehran had been pressured into another round of nuclear talks.

This is all the more reason why at this point Tehran may be more amenable to comprehensive dialogue instead of nuclear-focused talks, where the other side’s points of weakness, or “co-dependency” (on security in Iraq and Afghanistan, for example) would compensate for Iran’s areas of vulnerability.

On the positive side, Washington’s decision not to make a lot of fuss about Bushehr’s opening, its war-avoidance signals to Israel, Obama’s recent hint at seeking Iran’s assistance over Afghanistan, the US Navy’s rescue of some Iranian fishermen, have seemingly struck a cord in Tehran. There has thus been an announcement that the inquiry regarding three Americans being held in Iran is about to end, a hopeful sign that they may be released, perhaps as part of a “double swap” (see US-Iran double swap points to peace Asia Times Online, August 10, 2010).

Setting the stage for Ahmadinejad’s New York visit in September to attend a United Nations General Assembly meeting, Iran’s foreign policymakers are keen to cultivate elements of public diplomacy that would benefit Iran. At such a testy time, Iran must play its cards to perfection to avoid courting disaster.

Ahmadinejad is likely to repeat his call of last year for a debate with Obama, even though he was ignored then and will likely be ignored again. Yet the advantage of such a move for him is that it puts the ball in the US’s court, showing that Washington and not Tehran is rebuffing an offer of friendship.

Still, above and beyond such tactics, the big question of strategic relations between the US and Iran looms large. The fractious response that this elicits in Tehran runs the risk of holding foreign policy interests and priorities hostage to a net of domestic considerations.

The issue of strategic relations is one threat to Iran’s national interests to which Iranian politicians cannot possibly remain indifferent, much as they may wish to exploit the issue for factional interests.

To talk or not to talk to Uncle Sam, the riddle remains fully wrapped in suspense. After several rounds of bilateral and multilateral talks, another round is not “mission impossible” [1] but rather mission difficult. A more vigorous sign of Washington’s readiness to engage Iran is called for that could enhance the political fortunes of those politicians in Tehran who are advocating the option of talks.