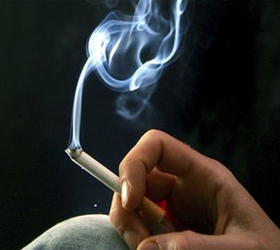 The tobacco industry may be using websites such as YouTube to get around a ban on advertising cigarettes, a study says.

Researchers in New Zealand studied the video-sharing site and found a number of pro-tobacco videos “consistent with indirect marketing activity by tobacco companies or their proxies”.

They say governments should consider regulating such content on the net.

“Tobacco companies stand to benefit greatly from the marketing potential of Web 2.0, without themselves being at significant risk of being implicated in violating any laws or advertising codes,” the researchers wrote.

“As soon as one avenue of promotion is closed, companies will seek out alternative means of promoting their product and will do anything to get round advertising restrictions,” she told BBC News.

“It indicates that their key audience is young people. There is a need for much stronger control over what appears on the internet.”

But Catherine Armstrong, a spokesperson for British American Tobacco, one of the firms studied in the report, said it was “not our policy to use social networking sites such as Facebook or YouTube to promote our tobacco product brands”.

“Not even the authors of this report claim we have done so,” she said. “Using social media could breach local advertising laws and our own International Marketing Standards, which apply to our companies worldwide.

“Our employees, agencies and service providers should never use social media to promote our tobacco brands.”

Several tobacco firms signed up to a voluntary agreement to restrict direct advertising on websites in 2002.

YouTube said that it does not “accept any paid-for tobacco advertising anywhere in the world”.

The study, published in the journal Tobacco Control, focused on YouTube, the largest video-sharing site on the web. YouTube gets more than 1bn views a day.

The researchers searched for five tobacco brands and analysed the first 20 pages of video clips containing any reference to the firms. The content studied had been uploaded by users.

The authors analysed 163 clips, of which 20 appeared to be “very professionally made,” they say.

“It is disturbing to note that some of the pro-tobacco videos appeared to be of a professional standard, many followed similar themes within a brand and large numbers contained images or music that maybe copyrighted to tobacco companies but have not been removed,” the researchers said.

Firms who own copyright material posted on YouTube can request a video to be taken down. Users can aslo flag content to Google – the owners of YouTube – that they believe is “inappropriate”.

“YouTube is a community site with clear policies that prohibit inappropriate content,” said a spokesperson for the site.

“These policies don’t allow any content that is illegal, as well as any material that depicts minors smoking. Our community understands the rules and polices the site for inappropriate material.”

The dominant brand on YouTube was Marlboro, they said.

“We have communicated with YouTube in the past to ask them to remove YouTube material that we believe infringes on our intellectual property rights,” he told BBC News.

Google were unable to confirm if they had been contacted by Philip Morris USA.

Most of the clips in the study contained images of people smoking branded tobacco products or images associated with the brand. Many also included the brand name in the title of the video.

The content featured a large proportion of archive material as well as videos featuring celebrities, films, sport and music.

“Videos featuring celebrities movies were mainly historic, and comprised videos from the 1950s and 1960s featuring The Flintstones, The Beverly Hillbillies or The Beatles,” the researchers wrote.

They said their findings suggest governments should extend “current tobacco advertising restrictions to include Web 2.0”.

“We can see no functional difference between exposure to tobacco in movies outside the internet, and exposure to video and film material on the internet,” Dr George Thomson, one of the authors of the study told BBC News.

“Generally, the more tobacco is normalised, the more kids will take it up.”

The study was conducted by Dr Thomson, with Lucy Elkin and Professor Nick Wilson of the University of Otago, Wellington, New Zealand – BBC