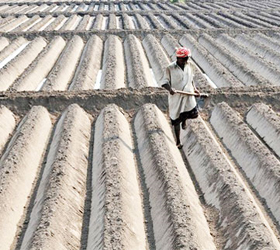 Land-grabbing, the euphemism for the illegal and often forcible takeover of private and public land across the country, is a growing problem, one that the authorities are often turning a blind eye to.

Sometimes, there is a veneer of legality applied, as in the case of ‘housing schemes’ and ‘projects’ in Murree and swaths of CDA property in Islamabad. The floods have given rise to concerns that local influentials and corrupt officials will force small farmers out of their land when they return to villages which have been washed away and farmland covered in silt. Yet, perhaps nowhere is the problem greater than in Karachi, where criminal elements and state officials have colluded in jeopardising the future of the city. A report in this newspaper yesterday suggests that in Gadap and Bin Qasim towns on the outskirts of Karachi, land-grabbers are active under the guise of IDPs. In truth, however, the problem is much larger than that.

According to a well-respected NGO, since 2006 nearly 30,000 acres of land have been carved up in the towns of Bin Qasim, Gadap and Keamari. The towns form an arc around the city of Karachi and much of the land there was under the control of generations-old villages that had leased the land for agricultural purposes. In recent years, the land has become commercially more attractive following the construction of an extensive road network on the outskirts of Karachi (the northern bypass being a major example). So, inevitably, the three towns, where a majority of the 1,800 goths in the city are located, have attracted the eye of officials with eviction powers and land mafias with deep pockets. Everyone is believed to be involved in the racket: the police; political parties, big and small; land mafias headed by colourful characters that few Karachiites have heard about. In fact, so deep is the collusion that it would not be a surprise if the police were removing ‘fake IDP’ encroachers in support of rival groups. The great tragedy in all of this is that the future of the city of Karachi has already been auctioned off: 30,000 acres is enough space to house nine million people.

While ‘land mafias’ in far-flung areas get a bad name, their cousins, the ones operating in the city proper, are no less insidious. The Mai Kolachi area and parts of Defence in Karachi are also under the control of mafias, only these are often overlooked because they belong to the gentry. The effect, though, is the same: the hope for urban planning of any kind is receding further and further – Dawn