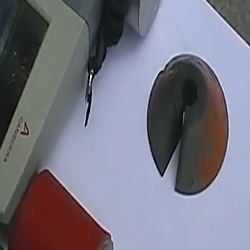 Moldovan police have seized 1.8kg of uranium-238 in the capital, Chisinau, officials say.

Three members of the group, which included former police officers, were arrested, they said.

The smugglers had reportedly been trying to sell the material on the European black market for 9m euros (£7.4m).

A nuclear expert has told the BBC that this form of uranium is of no use for making nuclear weapons.

He told BBC News that the amount was “trivial”, and could safely be held in a person’s hand.

“However any attempt to smuggle uranium is of concern,” he said.

But investigator Oleg Putintica told Moldova’s ProTV Chisinau channel the material could be used “both in the civilian nuclear industry and for military purposes to produce weapons of mass destruction”.

The source and intended destination of the uranium were not clear, he said.

Uranium-238 is the most commonly found, naturally occurring form of the substance.

The type needed for nuclear fuel and weapons is the less common uranium-235.

The Moldovan haul was found in a garage in Chisinau, where it was under guard and in a special container, said interior ministry spokesman Chiril Motpan.

He said there were seven suspects, some of whom had previous convictions for possessing radioactive materials in Moldova, Russia and Romania.