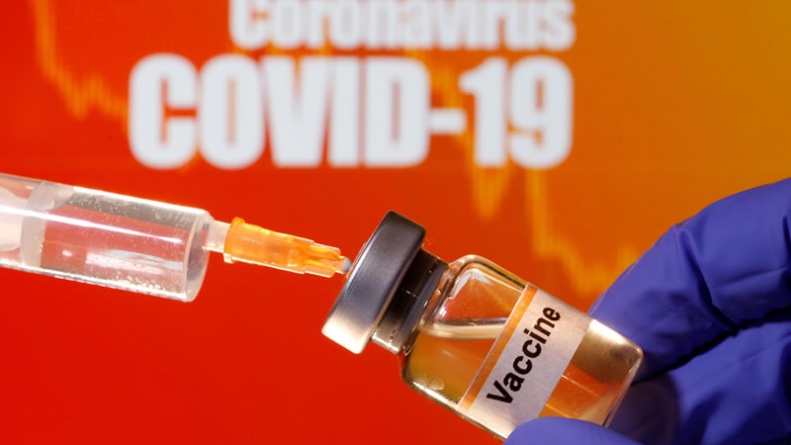 The Covid-19 vaccination drive will start in the country next week, Planning Minister Asad Umar said on Wednesday, as the National Command and Operation Centre (NCOC) unveils a comprehensive plan to administer the vaccine.

The NCOC – which serves as the nerve centre of the government’s unified effort to contain the coronavirus pandemic – said that the vaccination plan had been developed keeping in view the best global principles and health guidelines.

The minister confirmed that the plan for vaccination had been finalised. “The system for vaccination is in place. Hundreds of vaccination centres in the country will be administering covid vaccine,” he added in his tweet.

The announcements came as China has pledged a donation of 500,000 doses of coronavirus vaccine made by the Chinese firm Sinopharm. Two government sources told Reuters that the first batch would be flown in on Saturday.

Pakistan is also expecting more dozes from Covax vaccine sharing platform. A World Health Organization (WHO) official said that the forum would have 25 million doses for the Eastern Mediterranean region in March, rising to 355 million doses by December.

The WHO’s Eastern Mediterranean region comprises Middle Eastern countries as well as Afghanistan, Pakistan, Somalia and Djibouti. WHO official Yvan Hutin told reporters the first doses provided for the region through Covax would arrive in February.

Earlier on Wednesday, the NCOC unveiled a comprehensive plan to administer the vaccine for the Covid-19 across the country. It said that the vaccine strategy plan had been formulated by the federation in consultation with all provinces and stakeholders.

The plan was adopted in a meeting of the NCOC held in Islamabad. The session was chaired by Asad Umar and attended, among others, by National NCOC Coordinator Lt Gen Hamooduz Zaman Khan and Education Minister Shafqat Mehmood.

The forum was informed that vaccination centres had been established across the country, whereas staff trainings and other arrangements had been completed to kick-start the inoculation of Covid-19 vaccine.

According to an NCOC statement issued here, the National Immunisation Management System (NIMS) will run the drive at the national level through the National Vaccine Administration and Coordination Cell (NVACC), which has been set up in the NCOC.

“All citizens, including frontline healthcare workers, will be able to register by sending their ID card number to 1166 via SMS or NIMS website,” it said. “The goal of the vaccine strategy is to vaccinate people under an integrated system.”

The NIMS system is digital, wherein human intervention is very limited. This system is designed to automatically send scheduled time and other details to the registered citizens. Upon availability of the vaccine, citizens will be sent an SMS, conveying the date of appointment.

The NCOC meeting was informed that after consultation with all the stakeholders, it had been decided that the universities as well as the primary and middle school would reopen across the country from Monday, February 1.

Furthermore, according to the NCOC statement, educational institutions in four major cities – Karachi, Hyderabad, Lahore, Peshawar – will be ensuring 50% strength of the students on alternative basis.

The forum was informed that globally the disease trend had risen after complete opening of education sector, whereas the segregated approach would help reduce the risk of resurgence of the deadly contagion.

Meanwhile, the national tally of total active Covid-19 cases in the country reached 33,820 on Wednesday with 1,563 more people tested positive for the virus, while 2,081 people recovered from the disease during the last 24 hours.

The NCOC said in its daily update that 74 Covid-19 patients died on Tuesday – 63 in hospitals, including 40 on ventilators, and 11 at their homes or in quarantines. It added that most of the deaths occurred in the Punjab, followed by Sindh.

According to the official data the country’s caseload since the disease first emerged 11 months ago had risen to 537,477 cases, including 11,450 deaths fatalities. So far, 492,207 people have recovered from the disease making it a significant recovery ratio of over 90%.