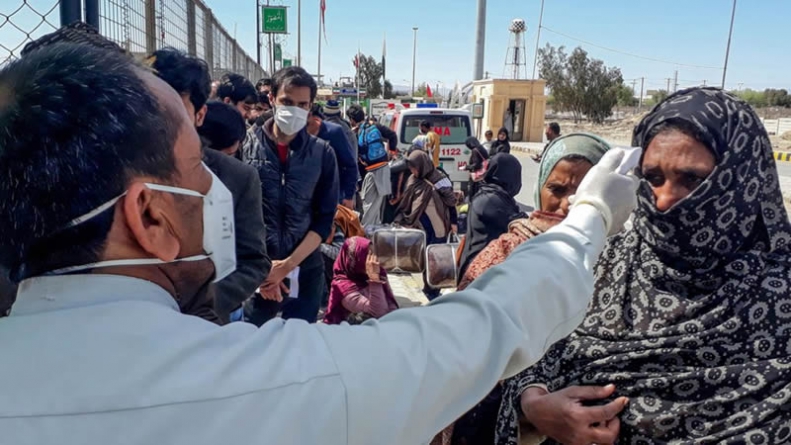 Around 58 per cent of Pakistan’s total coronavirus cases are locally transmitted, data released by the National Command and Operation Centre revealed on Thursday.

During the month of March, when the pandemic began spreading in the country, Pakistan’s number of imported coronavirus cases – a large chunk of which came from Iran – was higher than the locally transmitted ones. But the scales began tilting gradually, with imported cases slowing as the government suspended international flights on March 21, and reports of virus patients with no travel history began making the rounds. By April 12, Prime Minister’s Special Assistant on Health Dr Zafar Mirza told media, around half of Pakistan’s total positive cases were infected through local transmission. Latest figures revealed Thursday showed the ratio of local transmissions had shot up to 58 per cent out of the total positive cases.

Furthermore, Coordinator for National Emergency Centre on Polio Dr Rana Safdar said the country’s polio surveillance system will be used to trace coronavirus cases, as it is the most effective virus detection system in place in the country.

According to Ministry of National Health Services Spokesperson Sajid Shah, Pakistan conducted 5,540 coronavirus tests on Wednesday. This is the highest number of tests conducted over a 24-hour period in the country. On average, Pakistan conducts 2,500 tests in a day. Shah said Pakistan’s total number of tests stood at 78,979, according to the latest figures available. He further said that as the number of tests conducted rises, so will the number of positive cases. “In fact, the government’s aim is to conduct 25,000 tests daily by the end of April and predictive modelling shows that in that case 1,000 new cases will be reported daily in the country on average,” he added.