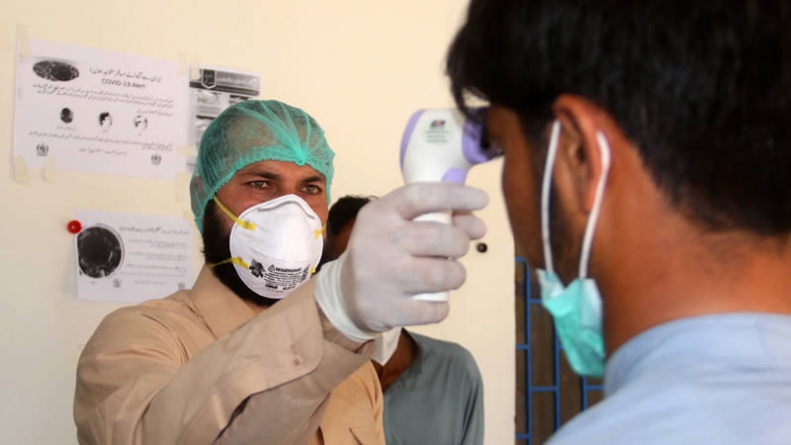 Forty-one new cases of the novel coronavirus have emerged in Sindh, bringing the province’s tally to 76. This is the highest number reported in the country in a single day, pushing Pakistan’s tally to 94.

In an early Monday tweet, Advisor to Sindh Chief Minister Syed Murad Ali Shah on Information Murtaza Wahab said 50 people out of those who returned from the quarantine at Taftan had tested positive so far.

Out of the confirmed cases, 25 are in Karachi and one is in Hyderabad. “Out of these 76 patients, 2 have recovered & the remaining 74 are being kept in isolation,” he added.

By March 11, the number of quarantined pilgrims in Taftan rose to 4,000 – out of which 2,000 belonged to Sindh.The quarantined individuals were placed in a tent city set up by the Balochistan government for Pakistani nationals entering the country from Iran.

After the 14-day incubation period ended, around 300 pilgrims left for Sindh. They were then quarantined in Sukkur where the Sindh government ran tests on the pilgrims before allowing them to travel further.

On Sunday, 20 were cases were confirmed by the authorities with Punjab reporting its first confirmed patient. Sindh confirmemd 18 patients while Islamabad reported one.

As of this moment, there are 76 confirmed cases in Sindh, 10 Balochistan, three in Gilgit Baltistan, four in Islamabad and one in Punjab.

Out of the 18 cases reported in Sindh on Saturday, 13 were of those quarantined in Sukkur. Three out of the remaining five had recently returned from the Kingdom of Saudi Arabia, one travelled from Balochistan and the fifth patient had no travel history.

On Friday, Prime Minister Imran Khan chaired meeting of the National Security Committee (NSC) to cobble a unified approach to contain the outbreak.

It was decided to close borders with Iran and Afghanistan, allow only three airports – Karachi, Islamabad and Lahore – to operate international flights in limited numbers while other airports will see domestic flights, and ban public gatherings.

The National Disaster Management Authority (NDMA) has been tasked to coordinate with provincial governments and lead the fight against novel coronavirus. It was also decided to close all educational institutions until April 5.

In a first, the Pakistan Day parade on March 23 has also been cancelled.

In Khyber Pakhtunkhwa, the education institutions have been closed till April 5 and suspended wedding activities around the province.

Balochistan has also limited activities and closed educational institutions till the end of March.