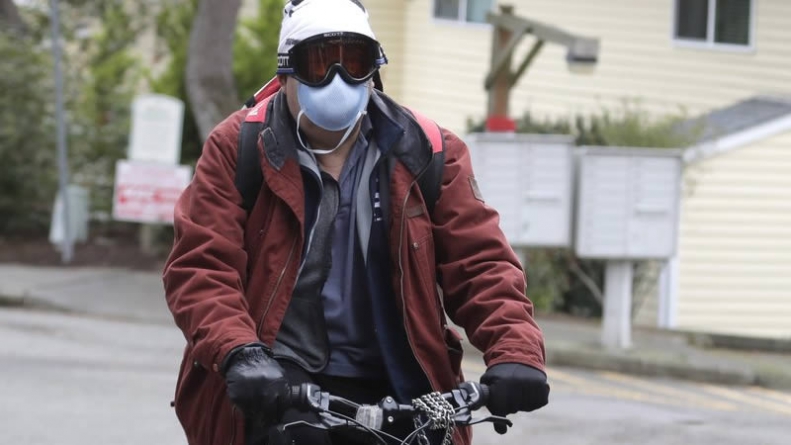 The US death toll from the novel coronavirus rose to nine on Tuesday, all in the state of Washington and many of them residents of the same nursing home, officials said.

Eight of the deaths have been in King County, which encompasses Seattle, and one was in neighboring Snohomish County.

Nationwide, there are more than 100 confirmed cases, on both coasts and in the Midwest.

The Life Care Center, a nursing home and rehabilitation facility in the Seattle suburbs, is at the center of the Washington outbreak so far. The center has banned visits from family members until further notice, and suspended new admissions.

Susan Gregg, a spokeswoman for Seattle’s Harborview Medical Center, where one patient died, said public health officials were identifying care workers who had come in contact with the victim.

“In coordination with Public Health, we have determined that some staff may have been exposed while working in an intensive care unit where the patient had been treated,” Gregg said.

Health officials around the world have been scrambling to contain the spread of the virus, which first erupted in China late last year and has so far killed more than 3,100 people worldwide.

US President Donald Trump visited the National Institutes of Health outside the US capital for an update on efforts to develop a vaccine.

He said that for now, the government was not looking at any domestic travel restrictions, describing Washington state as the “one hot spot” for now.

US experts “have been just ahead of it,” Trump said.

The Republican president said he was not looking at banning mass gatherings for the time being, including the upcoming annual “March Madness” college basketball championship.