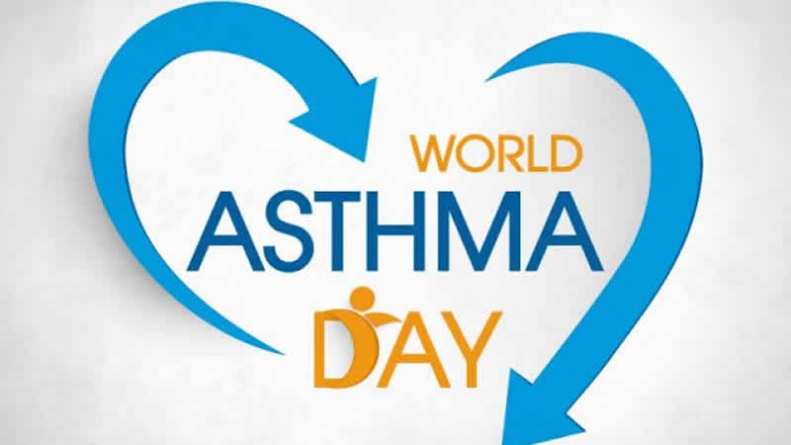 Like other parts of the globe, World Asthma Day is observing in Pakistan today to raise awareness, care and support for those affected by the disease.

Various activities have been planned to mark the day by medical and educational institutions, hospitals and governmental and non-governmental organizations with focus on supporting the person with asthma and support to family, friends and caregivers.

According to the latest WHO estimates, there were 383,000 deaths due to asthma in 2015. Most asthma-related deaths occur in low and lower-middle income countries, it added. It said some 235 million people currently suffered from asthma while it was a common disease among children.

Public health expert Dr Wasim Khawaja from Pakistan Institute of Medical Sciences (PIMS) said asthma was one of the major non-communicable diseases. It was a chronic disease of the air passages of the lungs which inflames and narrows them.

He said that the strongest risk factors for developing asthma were inhaled substances and particles that might provoke allergic reactions or irritate the airways. He said medication could control asthma and avoiding asthma triggers could also reduce its severity. An appropriate management of asthma could enable people to enjoy a good quality of life.

He said the disease was characterized by recurrent attacks of breathlessness and wheezing, which varied in severity and frequency from person to person. Dr Khawaja said that symptoms might occur several times in a day or week in affected individuals, and for some people became worse during physical activity or at night.

He said that during an asthma attack, the lining of the bronchial tubes swelled, causing the airways to narrow and reducing the flow of air into and out of the lungs. Medical practitioner Dr Sharif Astori from Federal Government Poly Clinic (FGPC) said recurrent asthma symptoms frequently caused sleeplessness, daytime fatigue, reduced activity levels and school and work absenteeism. Asthma had a relatively low fatality rate compared to other chronic diseases, he added.

He said the strongest risk factors for developing asthma were a combination of genetic predisposition with environmental exposure to inhaled substances and particles that might provoke allergic reactions or irritate the airways.

Those included indoor allergens like house dust mites in bedding, carpets and stuffed furniture, pollution and pet dander while outdoor allergens were pollens and moulds, besides
tobacco smoke, chemical irritants in the workplace and air pollution.

He advised that people with persistent symptoms must take long-term medication daily to control the underlying inflammation and prevent symptoms and exacerbations. He said although asthma could not be cured, appropriate management could control the disease and enable people to live a good quality of life.