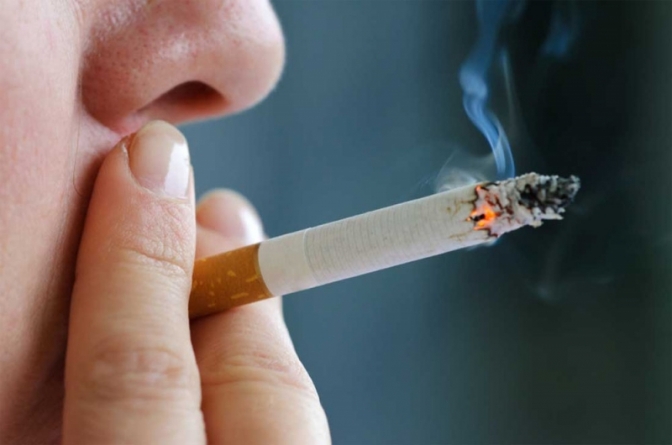 Nearly 108,000 people die each year due to tobacco related-diseases in Pakistan, affecting 1,200 youth and children daily.

According to a report issued by the World Health Organisation (WHO) on tobacco consumption in Pakistan, most of the people die of diseases like heart disease, stroke and emphysema while smoking is causing cancer and non-smokers becoming victims of cardiovascular disease due of passive smoking. It said many people underestimated the risks of morbidity and premature mortality due to tobacco use and exposure to tobacco smoke. It said that well-designed health warnings and messages on tobacco product packages had been cost-effective means to increase public awareness on health effects of tobacco use, and in reducing tobacco consumption.

According to a survey by the Global Adult Tobacco Survey (GATS-Pakistan), 19.1% of adults in Pakistan – 23.9 million – currently using tobacco products on a daily basis. “Overall, 12.4% currently smoking tobacco. Prevalence of tobacco smoking was 22.2% among men and 2.1% among women while tobacco smoking was higher in rural (13.9%) areas than in urban areas (10.0%). A smoker smokes an average of 13.6 cigarettes per day with males smoking 13.7 and females smoking 10.3 cigarettes per day.” Nearly 16.8 million adults, it said, who worked indoors were exposed to tobacco smoke at the workplace, 56.3 million at home, 21.2 million at restaurants and 49.2 million who used public transport.

The average amount spent on 20 manufactured cigarettes was Rs 40.9 while the same amount of rupees could buy approximately 1 kilogram (2.2 pounds) of potatoes or five eggs or one loaf of bread, the report revealed. On the other hand, 74.8% of adults favoured increasing taxes on tobacco products. Around 85.8% adults believed smoking causes serious illness whereas 77% believed smokeless tobacco causes serious illness, it added. Khurram Hashmi, coordinator of Coalition for Tobacco Control – Pakistan, said effective health warnings and messages and other tobacco product packaging and labelling measures were key components of a comprehensive, integrated approach to tobacco control.

Read More: Smoking Rate Among US Adults Drops to 15 Percent

“Evidence shows that health warnings and messages that contain both pictures and text are far more effective than those that are text-only as it can appeal people with low levels of literacy and those who cannot read the language in which the text of the health warning or messages in written,” he said. Hashmi said plain packaging would standardise appearance of cigarette packages by requiring the removal of all brand imagery, including corporate logos and trademarks. He went on to say that packages would display a standard background colour and manufacturers would be permitted to print only the brand name in a mandated size, font and position.

Pakistan, he said, as a signatory of the Framework Convention on Tobacco Control (FCTC), rotating health warnings on all tobacco product packaging and labelling. According to an official of the Ministry of National Health Services, Regulations Coordination, the ministry had announced new measures that would require the size of the warnings to increase from 40% to 85% of the package. Giving details, he said Urdu text would appear on the front of the pack, and English text on the back. He said several other steps were taken related to the implementation and regulation of picture-based health warnings in Pakistan including prohibition of Smoking and Protection of Non-Smokers Health Ordinance (2002), Health Warning Rules (2009) and Amendment to Health Warning Rules (2010). dailytimes