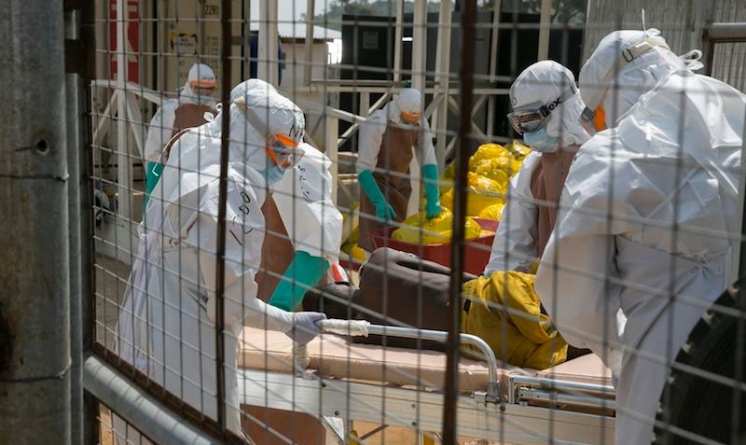 Almost all the deaths and cases have been recorded in the three west African countries worst hit by the outbreak – Sierra Leone, Liberia and Guinea. The death toll from the Ebola outbreak in west Africa has risen to 8,153 out of 20,656 cases recorded, the World Health Organisation. Almost all the deaths and cases have been recorded in the three west African countries worst hit by the outbreak – Sierra Leone, Liberia and Guinea. Elsewhere, six people have died in Mali, one in the United States and eight in Nigeria, which was declared Ebola-free in October. Spain and Senegal, which have both been declared free of Ebola, had one case each but no deaths. Last week, Britain reported its first confirmed case of Ebola in a nurse recently returned from Sierra Leone. The woman was on Monday said to be in a critical but stable condition. In the US and in Germany meanwhile, two other health workers who recently spent time in Sierra Leone have been placed under observation in hospital.

Sierra Leone, which has overtaken Liberia as the country with the most infections, counted 9,772 cases and 2,915 deaths on Jan 3.

Liberia, long the hardest-hit country, has seen a clear decrease in transmission in recent weeks. As of Dec 31, the country had recorded 8,115 cases and 3,471 deaths.

In Guinea, where the outbreak started about a year ago, 2,769 Ebola cases and 1,767 deaths were recorded as of Jan 3.

Ebola, one of the deadliest viruses known to man, is spread only through direct contact with the bodily fluids of an infected person showing symptoms such as fever or vomiting. People caring for the sick or handling the bodies of people infected with Ebola are especially exposed. As of Dec 28, a total of 678 healthcare workers were known to have contracted the virus, and 382 of them had died, the WHO said.