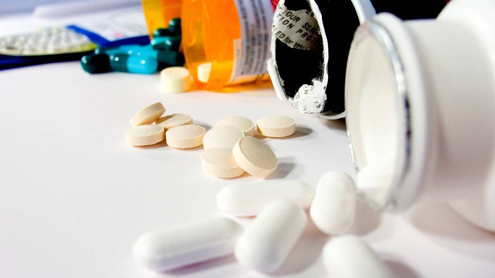 Patients and their families are rarely told when hospitals make mistakes with their medicines, according to a new study.

Most medication mistakes did not harm patients, the researchers found, but those that did were more likely to happen in intensive care units (ICUs). And ICU patients and families were less likely to be told about errors than patients in other hospital units.‘For the most part, our findings were in keeping with what the existing literature tells us about the where and how of medication errors in a hospital,’ wrote Dr. Asad Latif, the study’s lead author, in an email to Reuters Health.

‘The most surprising finding was what we do about them, at least in the immediate time around when they occur,’ added Latif, from the Johns Hopkins University School of Medicine in Baltimore.Using a database of about 840,000 voluntarily reported medication errors from 537 US hospitals between 1999 and 2005, the researchers found that ICUs accounted for about 56,000, or 6.6 percent, of the errors. The rest happened in non-ICU units of the hospital.The vast majority of the mistakes – about 98 percent – didn’t lead to a patient being harmed, but those that did were more likely to happen in the ICUs, the researchers reported in Critical Care Medicine.

About four percent of the errors in ICUs ended up harming a patient, compared with about two percent of errors in non-ICU wards. That’s not surprising given the fragile condition of ICU patients and the more intensive treatment they receive, the authors note.Of errors that may have led to patient deaths, 18 occurred in ICUs and 92 in non-ICU areas of the hospital.In ICUs and non-ICUs, errors of omission – failing to give a patient the medication – were most common. Harmful errors most often involved devices like IV lines and mistakes in calculating medication dosages.More than half of the time, no actions were taken after an error. In fact, only a third of the hospital staff who made the reported mistakes were immediately told about their errors.

‘And the patient and/or their family is immediately informed when an error occurs barely two percent of the time, despite literature supporting full disclosure and their desire to be promptly informed,’ Latif said.Still, Latif said it would be premature for patients and their families to be concerned based just on their findings.‘Studies like this give us the opportunity to find out how we are actually doing, compared to how we think we are doing,’ he said. ‘They help us discover associations between the outcomes we are interested in and their potential causes and consequences.’

Recent research has found that instituting a blame-free reporting system in hospitals increases the number of reported mistakes (see Reuters Health story of November 21, 2011 here:reut.rs/RKo4oJ).According to the new paper, one prior study demonstrated that medication errors can add an extra $2.8 million in costs at a single hospital.Latif added that the healthcare system is always trying to reduce medication mistakes.‘However nothing is fool-proof as we show in our study; there is always the human factor to take into account. The key is what we do if they do happen and to keep striving for perfection,’ Latif said.