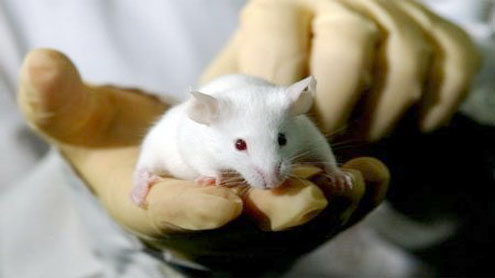 The onset of wrinkles, muscle wasting and cataracts has been delayed and even eliminated in mice, say researchers in the US.

It was done by “flushing out” retired cells that had stopped dividing. They accumulate naturally with age.The scientists believe their findings could eventually “really have an impact” in the care of the elderly.Experts said the results were “fascinating”, but should be taken with a bit of caution.The study, published in Nature, focused on what are known as “senescent cells”. They stop dividing into new cells and have an important role in preventing tumours from progressing.These cells are cleared out by the immune system, but their numbers build up with time. The researchers estimated that around 10% of cells are senescent in very old people.Scientists at the Mayo Clinic, in the US, devised a way to kill all senescent cells in genetically engineered mice.

The animals would age far more quickly than normal, and when they were given a drug, the senescent cells would die.The researchers looked at three symptoms of old age: formation of cataracts in the eye; the wasting away of muscle tissue; and the loss of fat deposits under the skin, which keep it smooth.Researchers said the onset of these symptoms was “dramatically delayed” when the animals were treated with the drug.When it was given after the mice had been allowed to age, there was an improvement in muscle function.

One of the researchers, Dr James Kirkland, said: “I’ve never seen anything quite like it.”His colleague Dr Jan van Deursen told the BBC: “We were very surprised by the very profound effect. I really think this is very significant.”The treatment had no effect on lifespan, but that may be due to the type of genetically engineered mouse used.Eternal youth?The study raises the tantalising prospect of slowing the signs of ageing in humans. However, senescent cells cannot be just flushed out of human beings.Dr Deursen said: “I’m very optimistic that this could really have an impact. Nobody wants to live longer if the quality of life is poor.”

He argued that young people were already clearing out their senescent cells.”If you can prime the immune system, boost it a little bit, to make sure senescent cells are removed, that might be all it needs.”Or develop a drug that targets senescent cells because of the unique proteins the cells make.
Dr Jesus Gil, from the Medical Research Council’s clinical science centre, said the findings needed to be “taken with a bit of caution. It is a preliminary study”.However, he said it was a fascinating study which “suggests if you get rid of senescent cells you can improve phenotypes [physical traits] associated with ageing and improve quality of life in aged humans. – BBC