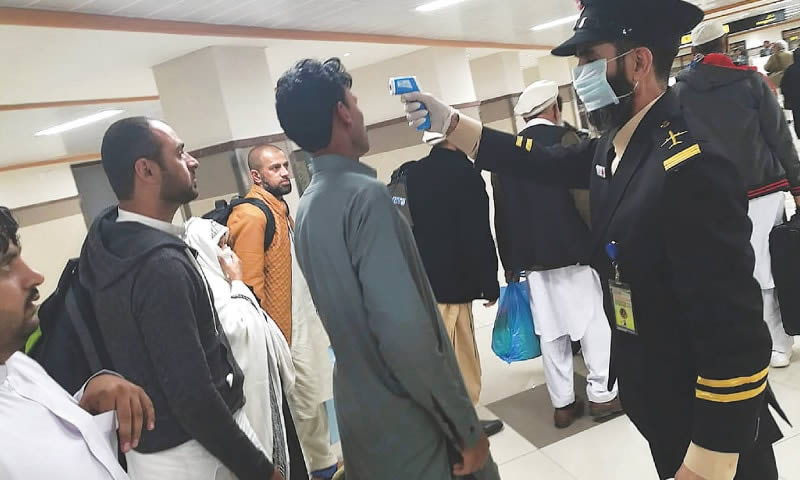 Prime Minister Imran Khan has directed that an inter-ministerial meeting be held at the earliest to discuss preventing measures against deadly novel coronavirus (NCV) and formulate a comprehensive strategy to tackle the threat.

The document states that outbreak of NCV is being experienced in China. Owing to the presence of a large number of Chinese in Pakistan and frequent travel between China and Pakistan, spread of virus in Pakistan cannot be ruled out if necessary precautionary measures are not put in place. It has been directed that the outcome of the meeting along with firm recommendations shall be furnished to the PM Office within one week.

Meanwhile, Chinese Ambassador Yao Jing, in a video statement, has said that Chinese and Pakistani governments are working closely and 500 Pakistani citizens in Wuhan city of Hubei province are safe and being looked after. Both the governments are coordinating with each other, he said.

“So far three suspicious cases in Chinese community have been reported in Pakistan, but none of them has been confirmed. We have confidence and determination that we will overcome this difficult time and will return to normal life very soon,” Mr Yao added.

According to Geo News, a group of Pakistani students has demanded that the government make efforts to rescue them from the coronavirus-hit Chinese city of Wuhan.

Hafsah Tayab, one of the students stuck in Wuhan, confirmed that other countries are planning to get their citizens out of the city through airplanes. “Embassies of other countries [excluding Pakistan] are rescuing their citizens. There are over 500 Pakistani students in Wuhan. If even one of them gets affected, the others will be in danger,” she warned in a video message.

“There is a shortage of essential items and if this situation persists, we will run out of food very soon,” Ms Tayab said, adding that she and her fellow students have been confined to the city.

A spokesman for the Civil Aviation Authority said the CAA had been facilitating the health department staff and had also provided an ambulance for shifting any affected person to a hospital. However, no passenger with the deadly virus has so far been detected.

However, an eight-member health department team has been monitoring the passengers arriving from Beijing. All the passengers are passed through the virus detection scanners and also checked by thermal guns.

A Pakistan International Airlines flight (PK-853) arrived at Islamabad International Airport from Beijing on Sunday. The health department officials were present at the airport’s special counter to monitor the passengers.

SAPM Zafar Mirza was also present at the airport to monitor the whole process of scanning when a Thai Airways flight (TG 349) with 186 passengers arrived from Bangkok on Sunday.