Tourists flock to Morocco for sun, sea and… surgery

by ToP
in Health and health care
0 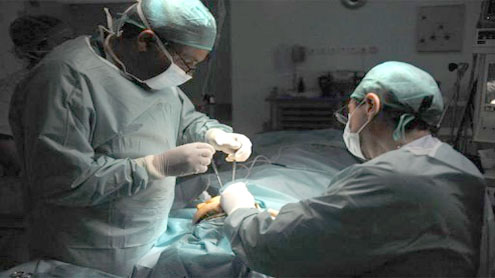 Long famed as a tourist destination for its sunny beaches, exotic cuisine and historic sites, Morocco is now offering foreign visitors another attraction: plastic surgery clinics.Only a short flight from Europe, the North African country is attracting growing numbers of foreign visitors looking to take advantage of lower prices for everything from face-lifts and nose jobs to tummy tucks and penis enlargements.For clients like Marcela, a 31-year-old Spanish mother of three, Morocco offered the chance for a surgery that would have cost much more at home.

“We can get help to look after our children here and the surgery is much cheaper than in Spain. We also think that this clinic is one of the best,” she said as she had her final consultation with her surgeon at a clinic in Rabat before getting abdominoplasty, better known as a tummy tuck.Marcela said she had chosen Morocco, a country she had previously visited as a tourist, because the price of the operation here was only about 2,500 euros ($3,500) — three times less than in her native Spain.In an industry known for lax regulation, Marcela said she preferred to see the clinic and check its standards before booking the surgery.”We wanted to visit the clinic first to see if we liked it. I don’t like buying it as a package online where I choose a clinic from a website and set off into the unknown. The operation is very serious,” she said.

But everything appeared to have gone well and four days later Marcela had recovered enough from the surgery to be out for a walk on the beach with her family.Morocco has a history of plastic surgery dating from the early 1950s and in recent years the country has become, along with north African neighbour Tunisia, an increasingly favourite destination for procedures, Salaheddine Slaoui, a specialist in cosmetic and reparative surgery, told AFP.”

At the time when sex change operations were banned in Europe, they were practised here,” the surgeon said.”The demand for cosmetic surgery in Morocco is actually growing steadily. There are about 1,000 to 1,200 cosmetic surgeries per month in Morocco, and 10 to 15 percent of patients came from abroad,” Slaoui said, adding that the number of plastic surgeries had also doubled in the last decade.

About 80 plastic surgeons — working in both private and public clinics — are operating in the country, mostly in Rabat and the economic capital Casablanca.Surgeons say breast enhancement and liposuction are the most popular operations. Women are the main clients, accounting for three-quarters of plastic surgeries, according to the Moroccan Association of Plastic, Reconstructive and Cosmetic Surgery (SMCPRE).

But men are also increasingly turning to plastic surgery with one operation in particular — penoplasty, or penis enlargement — growing in popularity.”I see dozens and dozens of patients every month for this kind of surgery,” Casablanca plastic surgeon Maria Reghai told Moroccan magazine TelQuel.”And demand is growing stronger and stronger. Compared with last year, the number of consultations for penoplasty has practically multiplied by five!” – Yahoonews