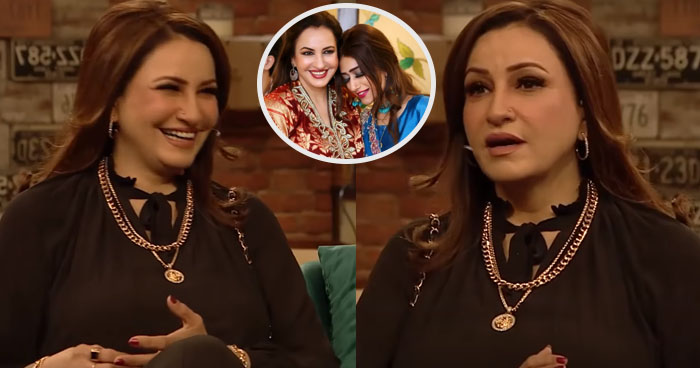 Javeria Abbasi is a Pakistani film–television actress, model, and host. She has appeared in the Hum TV serials Dil, Diya, Dehleez and Thori Si Khushiyan as well as Doraha, Andata, Sotayli, Tere Liye;

Speaking on Nida Yasir’s Ramadan show, Javeria Abbasi said that women are not weak nowadays and now women should also understand that if they do not have the shadow of a man on their head then they are lonely and weak.

In the same program, he also spoke openly about his divorce and said that his and Shamoon Abbasi‘s marriage lasted for 10 years.

Javeria Abbasi and Shamoon Abbasi were married as teenagers in 1997, but they separated in 2007.

Two years after their marriage, their daughter Anzela Abbasi was born, who is currently seen acting and lives with her mother.

However, it is interesting to note that at the time when Javeria and Shamoon Abbasi got married, they were living in the same house as half-siblings, but they got married after falling in love.

He said that most of the people are confused about the relationship between him and Shamoon Abbasi and people do not understand that actress Anoushay Abbasi is the sister of both of us.

The actress said that in fact, Anoushay Abbasi is the joint step sister of her and her ex-husband, Shamoon Abbasi because they were born after the marriage of their parents.