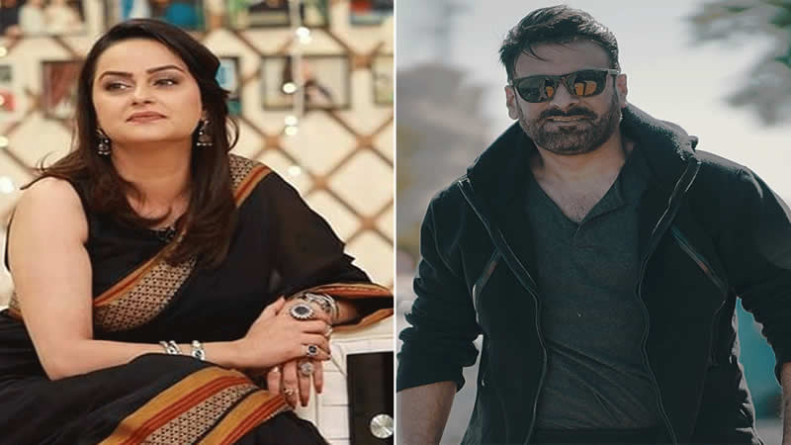 Actor Juvaria Abbasi has a stranger personal life than most; her ex-husband is also her stepbrother.

She appeared on Nida Yasir’s show and made some shocking revelations that have the internet scratching its collective head.

Juvaria married her ex-husband Shamoon at tender age of 17, when he was 22. The two were engaged when their parents got married, and the awkward step-sibling situation was born. The two were married for 10 years before divorcing and have a now adult daughter.

Juvaria confessed that she had to move to her maternal uncle’s house in order to be married into her in-laws’ place, which was also her parents’ home then, after her mother’s marriage.

As Yasir revealed Juvaria married the first man she saw, we saw the humour of the situation wasn’t lost on Juvaria, who laughed as she said, “He was the first man so I thought I’d just hold onto him. But that’s a big exaggeration. However, the idea was to bring the whole family together. We would live together, share a house, so it was a good idea and it worked.”

One intriguing question the host wanted to settle was how her relationship with her in-laws was after her marriage. Given that her mother-in-law also happened to be her birth mother, one would assume that though an extremely uneasy position to find one’s self in, this one aspect would be easier. “Oh no, I had it worse!” the actor replied.

“My mother was on a mission to prove how her daughter was the best. Apart from working 12 hours a day, I would do rest of the chores as well.”

What is this, a Dark episode?

While it’s clear that the two are not related by blood, the situation is more than a bit strange and it will take the internet a while to get over.