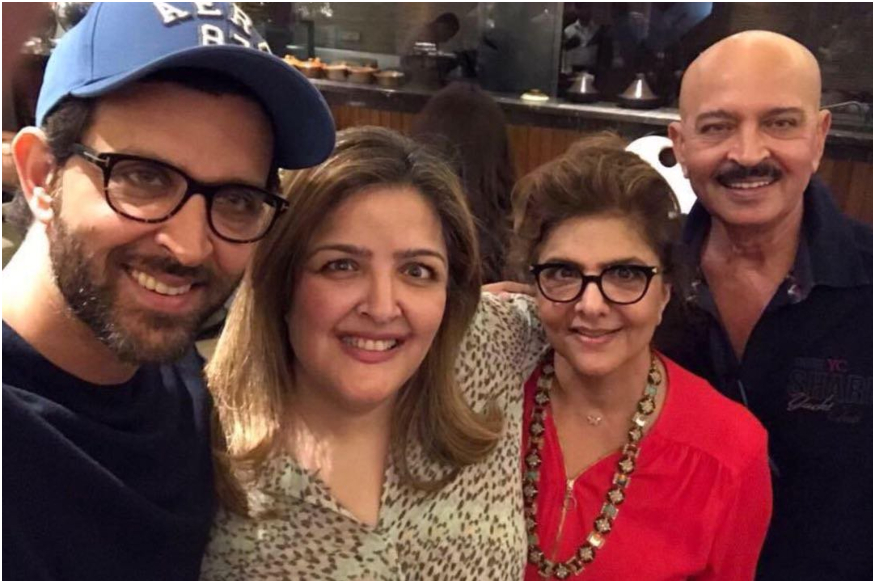 Hrithik Roshan’s sister Sunaina Roshan has claimed that she is “living in hell” and her family is making her life unbearable just because she is in love with a Muslim man. In an interview with an entertainment website, she revealed that she has asked Kangana Ranaut and Rangoli Chandel to help her in her fight for justice.

“I am living in hell as usual! I read Rangoli’s tweets and I don’t care because that is the truth. I am fine with her tweeting because I want the truth to come out. I have always supported the truth and I will always support it. I am meeting Kangana and Rangoli today as they are bringing me justice. I know this stance of mine will go against me but I don’t care,” she said.

Sunaina said that she fell in love with a journalist named Ruhail Amin last year, and her father Rakesh Roshan is dead against their relationship because of his religion. “Because I was in love with a Muslim guy, my father slapped me and told me that the guy I loved was a terrorist, which Ruhail isn’t. If he was one, would he go scot-free and work in the media? Wouldn’t he have been behind bars?” she asked.

Talking about she met him, she said, “I met Ruhail through Facebook last year but I hadn’t saved his number as I didn’t want my parents to know. I shifted out of Palazzo Apartments in Juhu, where my parents stay and started living in a hotel apartment but came back to my parents’ home last week. I got in touch with him through his office.”

Sunaina said that her parents, Rakesh Roshan and Pinkie Roshan, do not want her to meet Ruhail. “I didn’t want to talk about this but I want them to accept Ruhail right now because they are making my life hell and I cannot tolerate it… They don’t want me to meet him. I don’t know about marriage but right now I want to be with Ruhail. Just because he is Muslim, they cannot accept him. If he was a terrorist, why would he be open in the media? Why would he be all over Google?” she said.

When asked what Hrithik had to say about her relationship, Sunaina said, “Hrithik has no take as he is under my father’s guidance right now. Nobody is okay with my relationship, neither Hrithik nor my father. Hrithik had promised me that he would get me a house of my own, wherever that I wanted in Mumbai, but he has not done that. When I found a rented apartment for myself in Lokhandwala, he said it’s too expensive for me. Is 2.5 lakhs rent too expensive for him? I don’t think so. He didn’t stick to his words. Everybody is harassing me today.”

Sunaina alleged that her parents are refusing to give her the money that she “entitled to”, being a Roshan. “Two days back I had asked my parents for money and they refused. Today, they gave me just Rs 50,000 to run expenses for the entire month. Why am I not allowed more? I am their daughter. Am I not entitled to have more money being a Roshan? Since a year, I wasn’t allowed any money. But two days back, I asked my mom that I wanted a certain amount,” she said.

Now, Sunaina has approached Kangana for help in getting out of this situation. “I got in touch with Kangana recently to ask for help, because she represents women power. I support women power and I support Kangana today. Kangana is a woman and she has the right to ask for help and so do I. She wants justice and so do I,” she said.

While Sunaina does not know exactly what transpired between Hrithik and Kangana, she thinks that “there cannot be any smoke without fire”. “Kangana and I were friends before and then we lost touch. I have always been extremely fond of Kangana but two years ago, when she won a National Award, I messaged her, she told me ‘Don’t be friends with me or be in touch because of the family,’ and I was wondering what was happening as I wasn’t aware of what was happening. Nobody told me. That’s when I asked my family what is going on and if my brother has any proof, tell him to put it out into the open. Why is he hiding the proof?” she said.