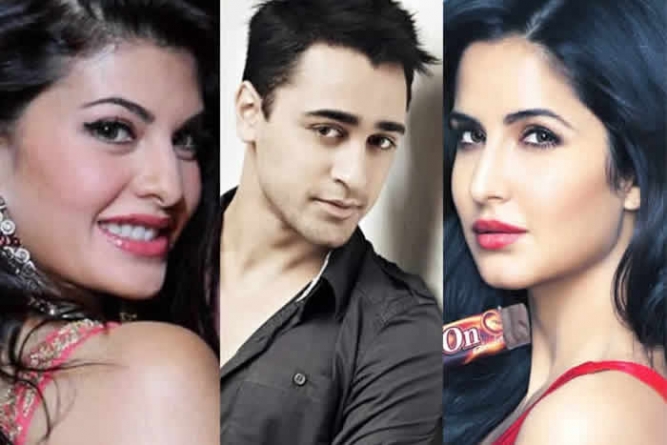 The place of birth is always of great value in one’s life. This is a key to how our late life will be shaped out. Bollywood stars have been famous the world over,

Born to the badminton star, Prakash Padukone, Deepika Padukon was born in Copenhagen. She is one of the most successful Bollywood actresses. Her father underwent training sessions in the Danish capital, and at that time Deepika was born.

Imran Khan is a marvelous and cool Bollywood actor. His birth place is Wisconsin, USA. He used to live there with parents, but he moved to India after his parents’ divorce.

Katrina Kaif is often regarded as a Kashmiri girl. She was born to a Kashmiri father and British mother, in Hong Kong. The beautiful Katrina lived in Hawaii and London with her family in childhood. She began acting career with the film ‘Boom.’

Sasheh Agha’s debut, ‘Aurangzeb’ didn’t leave as big an impression as many of us expected. She is a Pakistani singer-actress who was born in London, and now is seen in Indian movies.

Sarah Jane Dias clinched the Femina Miss India title in 2007 but isn’t an Indian. She was born in Oman. She lived there with her parents till Sarah grew up and wanted to join Bollywood.

The ‘Yeh Jawaani Hai Deewani’ actress was born in Frankfurt, Germany. Evelyn Sharma is likely to give a lot of hits to Bollywood fans. She completed studies in UK.

The ‘Ek Tha Deewana’ actress is British to the core, beautiful enough to make us crazy. She has done several Tamil and Telugu movies as well.

We cannot forget Monica Dogra’s appearance in ‘Dhobi Ghat.’ She came to India to start career as an actress. She was born in New York, and has exceptional acting skills.

Jacqueline Fernandez was born in Sri Lanka. She has already had a string of major releases including ‘Murder 2′, ‘Housefull 2′ and ‘Kick’ among others. She is truly a remarkable Bollywood female.

Sunny Leone is a hot and bold Bollywood lady. She is Canada-born female. She is currently doing many Indian movies, and had been a model in Canada before coming to India.