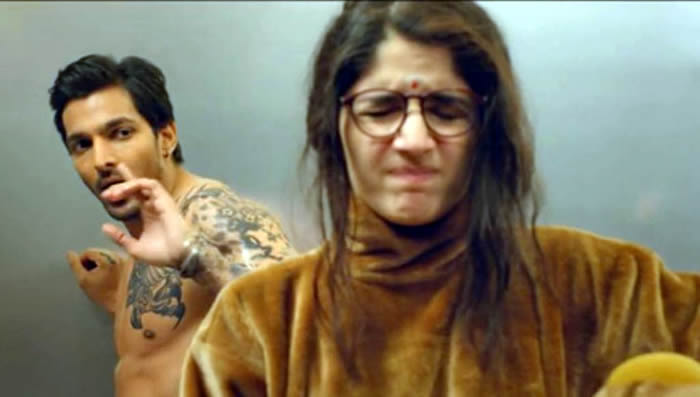 Mawra Hocane fans don’t have to wait any longer… the trailer for her much awaited Bollywood debut, Sanam Teri Kasam, is out now!

The film Sanam Teri Kasam, which was earlier announced as a January 8 release, will now hit screens on February 5, 2016.

The newly released trailer, throws light on the film’s plot and Mawra’s character: In the film, Mawra plays Saru, a simple, studious girl who’s unlucky in love. Her life appears to transform when she meets the reckless Inder (played by Telugu actor Harshvardhan Rane), who has all the makings of a bad boy, except that he has a soft heart.

But will this be a happily ever after? We’re not too sure of that! Some quirks in the film: Mawra appears to moonlight as an entertainer in a teddybear suit! And her co-star Harsh? He can’t seem to keep his shirt on! Earlier, Mawra’s character was sometimes sultry, sometimes simply sari-clad, and sometimes inexplicably clad in a teddy bear suit, which thoroughly confused us about her character in the film!