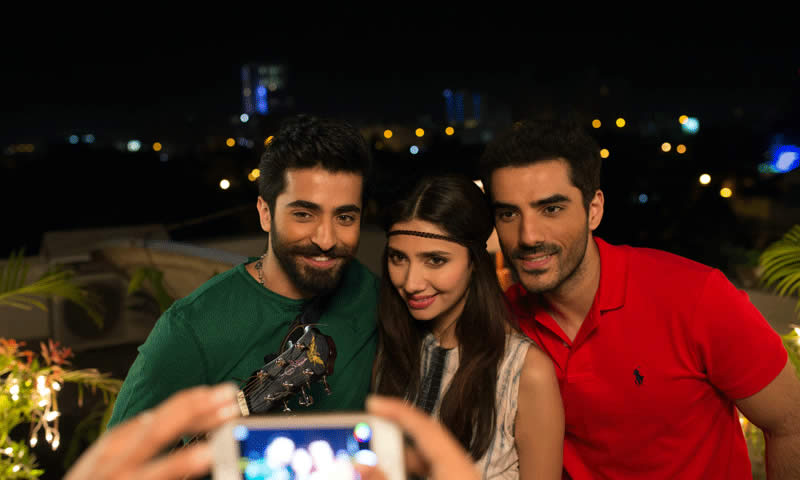 Tired of na maloom afrad and saucy jalaibees? Next on the agenda for Pakistani cinema is the ‘feel good’ film Ho Mann Jahaan, a coming-of-age drama about three university friends directed by Asim Raza.

The film is 95% completed and it is hoped that it would see a release on Eidul Azha. At a pre-release event hosted by Khalid Malik at Karachi’s Frere Hall, the cast and crew came together to offer up a sneak peek of what’s in store. Watch the trailer below. 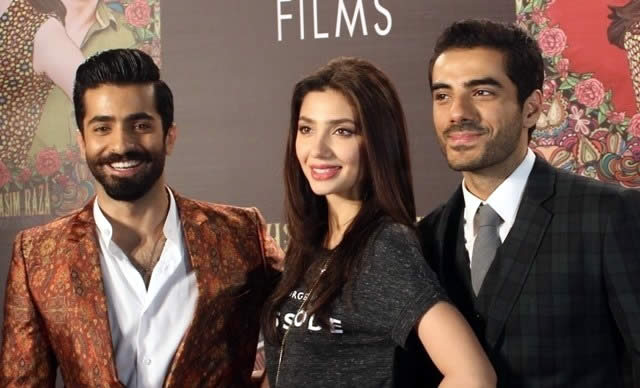 Why should we watch Ho Mann Jahaan?

A tale of a pre-release meet:

Sporting a mustache Shehryar Munawar, who is also co-producing the film, could be seen milling around before the event began, visibly nervous. A casually dressed, Arshad Mehmood, who plays the father of one of the three lead characters, had also arrived earlier than the rest of the lot. 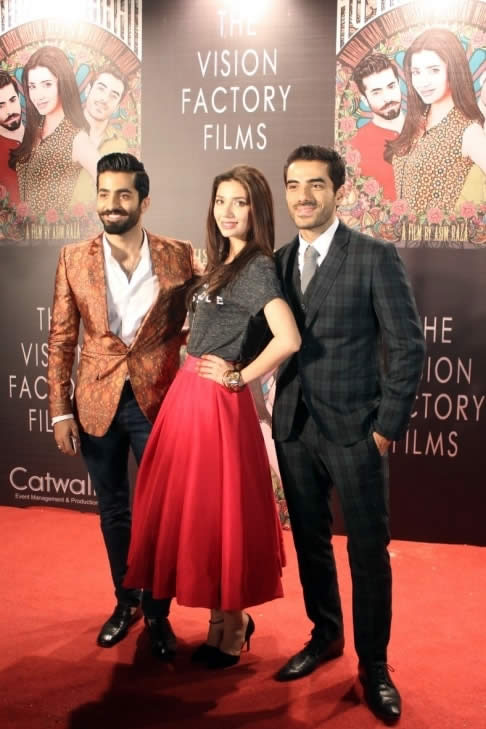 Cameras began to flash soon as the ever gorgeous Mahira Khan made her way to the red carpet, wearing a red skirt by Elan paired with a black T-shirt that read: ‘Forget the dress code’. Accompanying her as she walked in were none other than the leading actors of HMJ— suited to the nines — the dashing Adeel Hussain and the charming Shehryar Munawar, who looked much more controlled now.

The film follows the story of three friends who are passionate about music and who discover themselves in their journey together. While Manizeh (Mahira) plays the vocalist, Nadir (Adeel Hussain) plays the drummer and Arhaan (Shehryar Munawar) plays the guitarist. 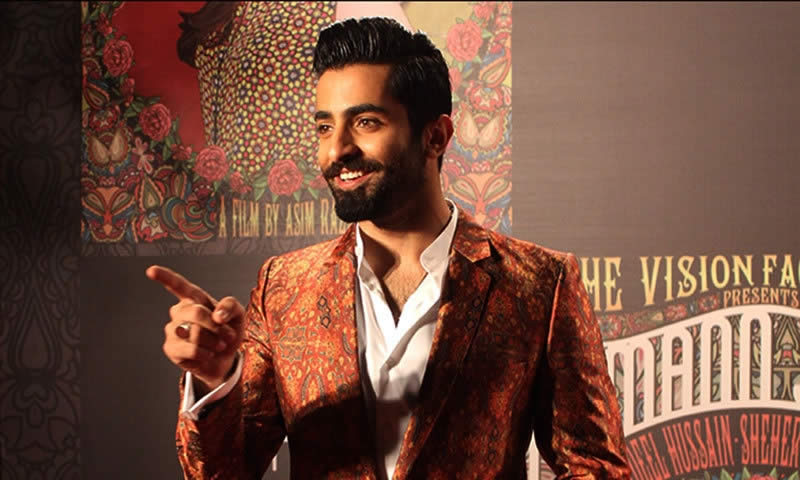 Although the cast wasn’t willing to give away too much, Mahira described her character Manizeh as ‘today’s girl’ who is confident and has been brought up in a liberal atmosphere by a single mother. When pressed to speak about her big Bollywood venture alongside Shahrukh Khan in Raees the actor said that it was a great industry and she believed she had to be part of her own as well. She added that even if the role wasn’t a leading one, she couldn’t have said no to the director, Asim, for his first feature film.

“I had earlier thought the role would be easy because I could easily relate to Manizeh but it was later I realised that it wasn’t so. I had been doing certain kinds of roles so I had to break away from them.”

Shehryar Munawar who plays Arhaan said, “Arhaan is a bit of a rebel hailing from the lower-middle class, and his parents’ hopes are pinned on him. He is a carefree guy jisko sab kuch chahye bohat thoray se time me — like many other young people out there. Before HMJ, I wasn’t entirely gone from the scene but have been acting as assistant director to Asim.”

The ever composed Adeel Hussain, who has made a name for himself after appearing in dramas like Daam, Mata-e-Jaan and recently, Jackson Heights plays an only child from the upper-middle class. “It’s a heartfelt tale and our experience was absolutely wonderful, we were in very good hands. Plus after working in dramas, I got that experience which finally came to play on the set. I have done my best and I would like people to know that once they see the film,” he said.

Adeel also added that the film began shooting as soon as he finished Jackson Heights and that although it wasn’t for him to leap from one character to the other, the immense support made it all possible. Nimra Bucha, who plays Manizeh’s mother, said the film dealt with society’s extremes:

“I am an artist, a single mother who has parted ways with her husband because of these reasons. She is open-minded and strikes a balance as it is her house, the friends jam. HMJ explores the conventional mindset of our society as well as ways to change that.” 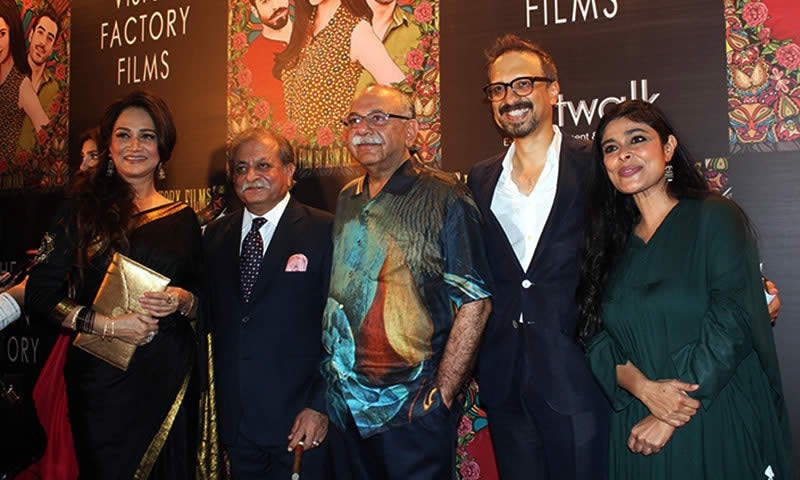 Being a film about the contemporary urban lifestyle, fashion plays an integral role in the film. Feeha Jamshed, Ismail Farid and Umar Sayeed designed the film’s costumes. With the public always drawing parallels with Bollywood, Asim Raza was straightforward when he said that the film will make a place of its own.

The film will also not have any ‘item-number’ because it wasn’t needed by the film but it’d have a ‘shaadi-number’. Talking about the story and title, Asim Raza said there were two meanings of Ho Mann Jahaan: ‘where my heart lies’ and ‘may my heart be my universe.’

A sound for sore ears:

There hasn’t been a film in the longest time which could boast a spectacular soundtrack. HMJ should change this.

The film will feature have nine tracks which are a collaboration of none other than the best musicians of the country with likes of: Atif Aslam, Tina Sani, Zeb and Haniya, Faakhir Mehmood, Abu Muhammad and Fareed Ayaz, Jimmy Khan, Asrar and Mai Dhai band.

The chemistry between the three stars was apparent as they high-fived and winked at each other during the press conference. Judging by their enthusiasm for the project, this is one to watch out for. – Dawn