Power tariff up by 52 Paisas for Sept 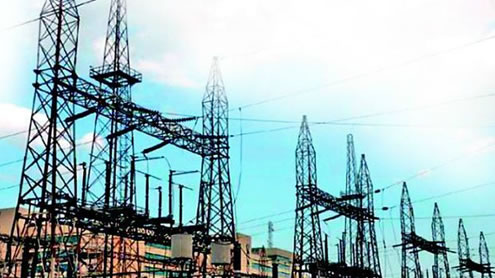 Power tariff up by 52 paisas for Sept

NEPRA on Monday allowed distribution companies to further swell the electricity tariff by 52 paisa per unit for the month of September 2014, under monthly fuel adjustment charges.

The National Electric Power Regulatory Authority however reprimanded the distribution companies for continuing loadshedding at a time when power shortfall has almost become zero.

The distribution companies in the public hearing stated that per unit generation cost of electricity now increased to Rs6.775 against the reference cost of Rs6.24 because more percentage of electricity was being generated by using high speed diesel and furnace oil. They therefore asked for 52 paisa increase in per unit tariff. Sources said the Nepra has accepted their demand and will issue a detailed decision shortly. They however said the additional amount would be reflected in consumer bills in the month of November.[contentblock id=2 img=adsense.png]

Ministry of water and power mentioned that a total of 9,125 gigawatts hours (Gwh) electricity was generated during September, while 8,934.91 GWh electricity worth 60,538.26 million rupees was delivered to Discos. No cost was asked for the Guddu and Nandi Pur power plants which contributed 161.692 and 0.181 GWH power respectively in test run. The ministry officials stated that more energy has to be generated through diesel and furnace oil, as water was not released due to floods. They also stated that the demand and supply of the electricity was almost the same presently and it was around 12,500 megawatts. The authority asked that if demand and supply were the same why the distribution companies were carrying out loadshedding in different parts of the country especially in Fesco and lesco regions from where they have received most complaints.

NEPRA directed the officials to submit the load management plan of both the power distribution companies and their allocation plane in next hearing. Authority also asked water and power officials about the impact of decrease in the prices of petroleum products in the international market on electricity generation and how much benefit would be passed on to the consumers. Officials assured there will be a significant decrease in per unit cost of electricity in coming months due to this effect. -nation