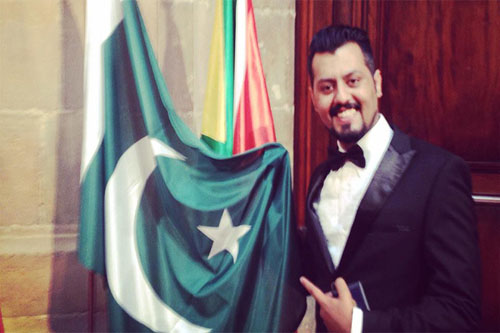 Broadcast journalist and documentary filmmaker Shehzad Hameed Ahmad from Pakistan has won the Prince of Asturias Award — Spain’s equivalent of the Nobel Peace Prize — for his work during Fulbright scholarship which also included a documentary ‘The Pakistan Four’.

Ahmad received the award from the King of Spain Prince Philipe on behalf of the Fulbright Global Program for International Cooperation. Nelson Mandela, the revered icon of the anti-apartheid struggle in South Africa, had also been a recipient of the Prince of Asturias Award in 1992.

The aim of the foundation is to consolidate the existing links between the Principality and the person who bears the title of Prince or Princess of Asturias — a title which corresponds to the heir to the Spanish throne — and to contribute to promoting the scientific, cultural and humanistic values that form part of mankind’s universal heritage. -dawn