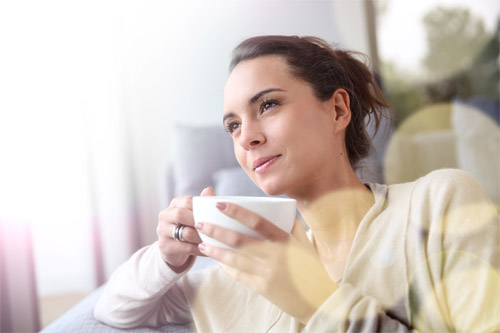 Drinking tea and orange juice could cut a woman’s risk of ovarian cancer by up to a third, claim researchers. A major 30-year study found that compounds in tea and citrus fruits could protect against the devastating disease. Ovarian cancer – known as the silent killer because women are often diagnosed too late for a cure – affects almost 7,000 women a year in the UK and kills more than 4,000. The University of East Anglia scientists, who studied the diets of 171,940 women aged 25 to 55 for more than three decades, found that those who ate foods high in the antioxidant compounds flavonoids – including tea, red wine, apples and citrus fruits – had a much lower risk of developing ovarian tumours.[contentblock id=2 img=adsense.png]

The reduction was up to 31 per cent for tea drinkers and a fifth (21 per cent) for those drinking large amounts of citrus fruit juices, especially orange, the American Journal of Clinical Nutrition reported. Lead researcher Professor Aedin Cassidy, from Norwich Medical School, said: ‘The main sources of these compounds include tea and citrus fruits and juices, which are readily incorporated into the diet, suggesting that simple changes in food intake could have an impact on reducing ovarian cancer risk.’ Flavonoids are thought to provide protection in several ways, such as by improving blood vessel function and preventing inflammation. Dr Simon Newman, head of research at Target Ovarian Cancer, said:

‘Whilst the causes and risks of ovarian cancer are complex, a healthy lifestyle with a good diet and regular exercise can reduce your risk slightly.’

Louise Bayne, of the charity Ovacome, said: ‘It is always welcome to see reports of how women might go about avoiding ovarian cancer. But the key in beating this disease is in identifying its symptoms early on… ‘Women also need to talk to their family to find out if there is a history of breast and ovarian cancer. -dailymail