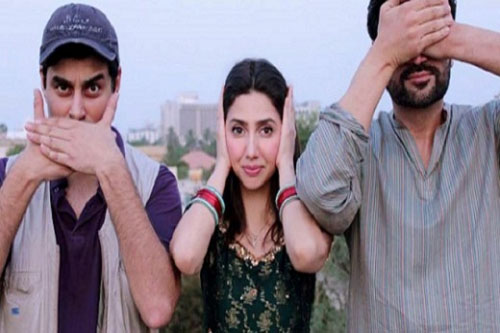 However, the new year 2014 has begun with lots of new attractions, many new Pakistani dramas are replacing the old ones in prime time slots and a bunch of them had already left an impact on audience with their intriguing promos. Here are our top 5 picks for you – plays that you shouldn’t miss this season!

From the pen of Umera Ahmad, Muhabbat Subh Ka Sitara Hai is the story of Romaisa – a deprived and lonely girl who is in a constant struggle of finding the brightest morning star (subh ka sitara) of her fate. She gets successful in her hunt or not would only be revealed later. The play is already on air and doing well because of its grasping story line. For details about casting and directions.

Pyaray Afzal is the highlight of the season for ARY Digital – a very unique play with an innovative story that revolves around the life of Afzal (Hamza Ali Abbasi) [contentblock id=2 img=adsense.png]who bears a secret crush for Farah (Aiza Khan) but couldn’t muster up enough courage to accept this in front of her hence expresses it in his secret hidden letters. A story that we don’t see very often in Pakistani dramas and of course Hamza’s acting takes it to a whole new level of brilliance.

Ru Baru has replaced Khoya Khoya Chand on Hum TV, starring Syra Yousaf, Faizan Khwaja, Tipu Shareef and Adnan Siddique. The first episode was quite introductory, introducing Shabeeh (Syra Yousaf) who is living with her grandmother and uncles because her own mother abandoned her. Her past is still a mystery that has some connections with Sarmad (Faizan Khwaja) with whom she will get married.The real story can only be predicted after watching a couple of more episodes but the first one had already made me a fan of the drama.

Written by Wasi Shah and directed by Azfar Ali, Zindagi Tere Bina is the story of a household of two brothers; Waqar and Iqrar. Iqrar’s sudden death will leave his wife and kids devastated and Waqar would take their responsibility.

However the constant nagging and quarreling of his wife will attract him towards the calm and polite nature of Samia, Iqrar’s widow. The cast includes Nauman Ijaz, Shahood Alvi, Nadia Afghan and Samia Mumtaz.Zindagi Tere Bina has replaced Halki Si Khalish on Hum TV.

Bin Roye Ansoo has to be the new year gift for all Farhat Ishtiaq’s fans. The play is said to be scheduled soon on Hum TV. Bin Roye Ansoo is an adaptation of Farhat’s novel, starring Hamayun Saeed and Mahira Khan. This on screen couple had already appeared together in Mehreen Jabbar’s Neeyat but unfortunately failed to leave an impact, let’s see if the combo of Hum, Farhat & Mahira does its magic this time! -blush