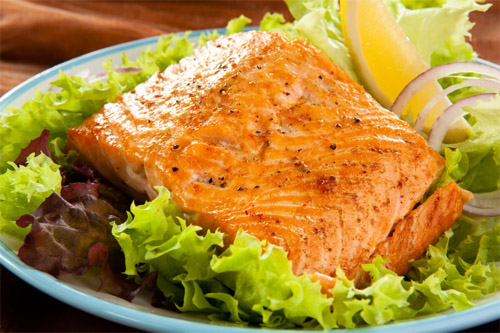 Consumption of two or more servings of fish per week may reduce the risk of hearing loss in women, U.S. researchers said. “Acquired hearing loss is a highly prevalent and often disabling chronic health condition,” Sharon Curhan of Brigham and Women’s Hospital in Boston, who led the study, said in a statement.

“Although a decline in hearing is often considered an inevitable aspect of aging, the identification of several potentially modifiable risk factors has provided new insight into possibilities for prevention or delay of acquired hearing loss”, Khaleej times reported. The new study, published online in the American Journal of Clinical Nutrition, examined the associations between consumption of total and specific types of fish, long-chain omega-3 polyunsaturated fatty acids (PUFA), and self-reported hearing loss in women.[contentblock id=2 img=adsense.png]

Of the 65,215 women who were followed from 1991 to 2009, 11,606 cases of incident hearing loss were reported. When compared with women who rarely consumed fish, women who consumed two or more servings of fish per week had a 20 percent lower risk of hearing loss, the study found. When examined individually, higher consumption of each specific fish type was inversely associated with risk.

Higher intake of long-chain omega-3 PUFA was also inversely associated with risk of hearing loss. “Consumption of any type of fish (tuna, dark fish, light fish, or shellfish) tended to be associated with lower risk,” Curhan said. “These findings suggest that diet may be important in the prevention of acquired hearing loss.” (APP)