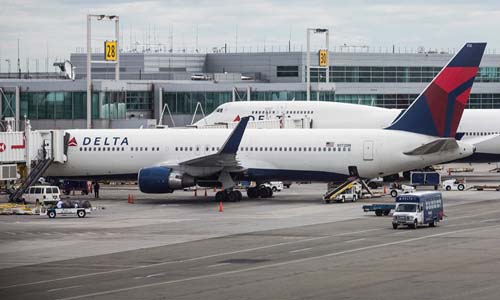 Major American and European airlines suspend flights to and from Israel

US and European airlines suspended flights to Israel’s Ben Gurion airport after a rocket landed one mile (1.6km) away. The US Federal Aviation Administration (FAA) ordered three US carriers that fly to Israel – Delta, United and US Airways – to halt flights for 24 hours.

Europe’s aviation regulator is also urging airlines not to fly to Tel Aviv. The suspension prompted Israeli Prime Minister Benjamin Netanyahu to ask the US to renew flights to Israel. Mr Netanyahu asked US Secretary of State John Kerry for help lifting the FAA ban, which comes amidst heightened scrutiny over flights near conflict zones. Earlier in the day, Israel’s transportation ministry said: “Ben Gurion Airport is safe and completely guarded and there is no reason whatsoever that American companies would stop their flights and hand terror a prize.”

The European Aviation Safety Agency (EASA) said it “strongly recommends” that airlines should avoid operating to and from Tel Aviv. Even before the announcement, Lufthansa – which includes Swiss, Germanwings and Austrian Airlines – said it had decided to suspend flights to Israel for two days. KLM and Air France also said they had suspended flights ahead of the EASA’s advisory. EasyJet, Air Canada, and Alitalia also said they had cancelled flights.

Delta said a flight from New York City to Tel Aviv was diverted to Paris on Tuesday after Israeli police confirmed that a rocket landed approximately one mile (1.6km) from Ben Gurion airport. Both Delta and United said they had suspended operations in Israel for the near future – beyond the FAA’s 24-hr period. US Airways said it had not yet made a decision. Mike Boyd, an aviation expert and founder of the Boyd group, said that while the FAA had suspended flights before, those have mostly been to more “obscure” places. He said the last time the regulator had suspended flights to Israel was in 1973, although others had indicated flights were suspended during the 1991 Gulf war.

Mr Boyd said the suspension was unlikely to lead to any significant losses at US airlines. “When the US State Department advises consumers not to travel to Israel, passenger bookings on Delta and United flights go to zero,” he told the BBC. British Airways said in response to questions on Twitter: “We are closely monitoring the situation. Our flights are currently operating as scheduled.” The halt in service comes less than a week after Israel began a ground operation in Gaza, and as airlines around the world re-think their flight paths over conflict areas in the wake of the crash of Malaysia Airlines flight MH17 in eastern Ukraine. -bbc