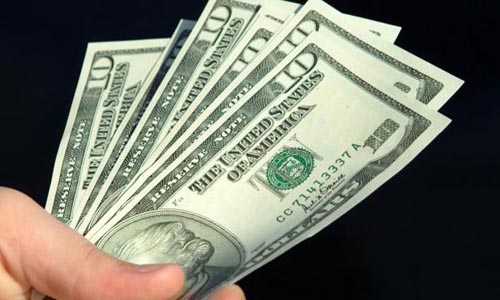 The dollar stabilized against the euro Thursday, trimming earlier gains spurred by the crash of a Malaysian jetliner in war-torn Ukraine. Malaysia Airlines flight MH17 crashed in pro-Russia rebel-held territory in eastern Ukraine near the Russian border.

The Boeing 777, with 298 people aboard, was flying from Amsterdam to Kuala Lumpur. Ukrainian President Petro Poroshenko called the disaster a “terrorist act.” US officials said it was shot down by a surface-to-air missile but it was unclear who fired the weapon. The crash news further heightened geopolitical concerns of an escalation in the months-long conflict in Ukraine, a day after the United States imposed tough new sanctions on Russia over its alleged support of separatist rebels in Ukraine. In the oil-rich Middle East, meanwhile, Israel launched a ground operation in the Gaza Strip, saying the decision came following 10 days of Hamas attacks and after “repeated rejections of offers to de-escalate the situation.

“The uncertainty sent US and European stocks tumbling as investors sought safer havens in bonds and gold. The dollar was pushed up to a one-month high against the euro as the shared currency fell to $1.3517, but the greenback later slipped back to within a hair of Thursday´s level. Kathy Lien of BK Asset Management said the dollar suffered in part from the decline in the yields for US Treasury bonds, which move inversely to prices. “US Treasury yields are at their lowest levels in more than six weeks, and that stripped some of the safe-haven status out of the US dollar,” she said. -thenews