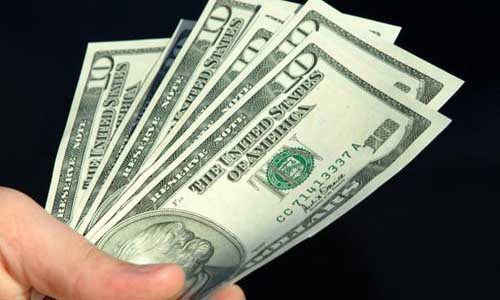 The dollar edged down against the yen in Asian trade on Friday after uninspiring US data and a slide on Wall Street, dealers said. The greenback was changing hands at 101.52 yen in Tokyo morning trade, down from 101.70 yen in New York Thursday afternoon.

The euro fetched $1.3618 and 138.26 yen against $1.3619 and 138.62 yen. “The dollar-selling momentum is continuing because of disappointment over US data,” said senior dealer at FX Prime Corp. Fresh data from the Japanese government on Friday, including inflation, had a limited impact on the currency market, he added. European and US stocks finished lower after official numbers showed consumer spending, which accounts for more than two-thirds of US economic activity, rose a mere 0.2 percent in May after a flat April.

In Japan core consumer prices — with volatile fresh food stripped out — rose 3.4 percent year-on-year in May, the internal affairs ministry said Friday. That was higher than a 3.2 percent increase in April, but matched market expectations, and gives a boost to Prime Minister Shinzo Abe´s stated aim of replacing years of deflation with a more health inflation rate of two percent. However, analysts said a large chunk of the increase came from a rise in consumption tax from 5.0 percent to 8.0 percent, which took effect on April 1.

As such, it was unlikely to dampen the Bank of Japan´s stimulus programme, a move that would place upward pressure on the yen. “While national inflation climbed to a fresh high in May, we think that underlying inflationary pressure has eased.” Capital Economics said in a note. “Core-core inflation, which excludes all food and energy prices, edged lower from 2.3 percent to 2.2 percent,” it said. -thenews