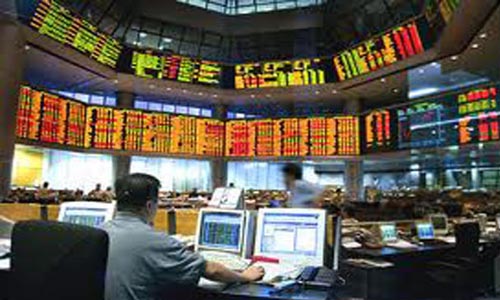 Asian markets slipped Wednesday following the previous day´s gains, while investors took their lead from losses on Wall Street as the dollar edged down against the yen. US oil prices moved higher on worries following a report that Washington had decided to start exporting crude for the first time in four decades.

Tokyo slipped 0.51 percent, Hong Kong added 0.21 percent, Sydney slipped 0.68 percent, Shanghai eased 0.47 percent and Seoul was 0.15 percent lower. With few catalysts to drive trade, investors took the opportunity to cash in gains fuelled earlier this week by data indicating China´s manufacturing sector is creaking back into gear after contracting for six months. The main lead came from New York, where all three of the city´s main indexes slipped, despite another strong set of indicators.

The US Conference Board said Tuesday that consumer confidence increased for the second straight month in June to its highest level since January 2008, when the economy was sinking into recession. It also found consumers more positive about the outlook for jobs and had greater expectations overall for the next six months. Separately, the Commerce Department said sales of new homes in May hit their highest pace since 2008. Sales surged 18.6 percent month-on-month to 504,000 units as the country moved out of the winter lull.