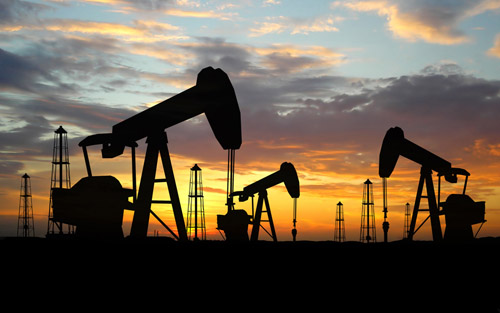 Oil prices extended losses in Asia Tuesday on fading fears that the fast-moving crisis in crude producer Iraq could result in a major supply disruption, analysts said. US benchmark West Texas Intermediate (WTI) was down 47 cents at $105.70 while Brent crude eased 19 cents to $113.93 in mid-morning trade. WTI dropped 66 cents in New York and Brent fell 69 cents in London, after nearly two weeks of gains that pushed prices to nine-month highs last week.

“Oil slipped as Iraq´s oil production continued to be untouched by ongoing violence in the country,” Singapore´s United Overseas Bank said in a note to investors. Desmond Chua, market analyst at CMC Markets in Singapore, said the price fall indicated the onset of a “period of consolidation as the majority of the geopolitical premium has been priced in”. Insurgents have captured swathes of Iraqi territory in a lightning offensive toward Baghdad from the north and west of the country. They have however yet to directly threaten the key oil-producing region in the south. US Secretary of State John Kerry on Monday pledged “intense” support for Iraq against the “existential threat” posed by the militants.

The violence in Iraq has a direct bearing on global crude prices because the country is the second-biggest oil exporter in the 12-nation Organization of Petroleum Exporting Countries (OPEC) after Saudi Arabia. It has more than 11 percent of the world´s proved resources and produces 3.4 million barrels a day. Analysts said markets are also digesting a survey Monday showing Chinese manufacturing growing in June for the first time this year, raising hopes for the economy. China is the world´s top energy consumer, and is second to the United States in terms of crude oil consumption.  -thenews