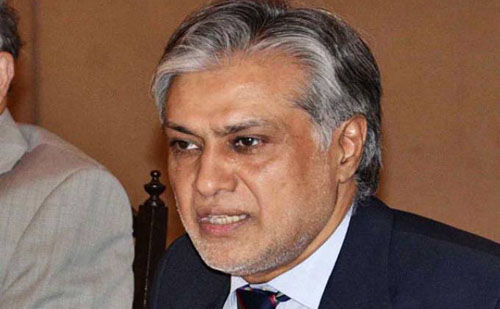 After suffering opposition brickbats for a week, Finance Minister Ishaq Dar agreed in the National Assembly on Tuesday to give some both major and minor concessions in the new budget, including a Rs14 billion subsidy on phosphate fertilisers to be shared equally by the federal and provincial governments.

Announcing the changes while winding up a general debate on the national budget for 2014-15, he also assured the house that the Nawaz Sharif government would provide all resources needed to carry out the newly launched anti-terrorist military operation in North Waziristan and take care of people to be displaced by the campaign. He said needs of the forces could be met through supplementary demands for grants and said an amount of Rs500 million had been sanctioned earlier in the day to help internally displaced persons from North Waziristan.

Devoting most of a long speech to rebut opposition charges of the budget he unveiled on June 3 as being anti-poor and pro-rich – which he called “full of hope and expectations” – the minister also told the house that the finance ministry had fully or partially accepted 57 of the 133 non-binding recommendations made by the Senate, while decisions on 49 others would be taken after a “due process” of required consultation with other departments concerned and provincial governments.

But he did not specify the accepted recommendations, which were approved by the Senate on Monday evening. Mr Ishaq Dar spoke in a relatively calm house hours after the opposition staged the angriest token walkout to protest against a deadly police operation by the Punjab police outside the Lahore home of the famous Canada-based religious scholar in the morning to remove alleged encroachments. -dawn