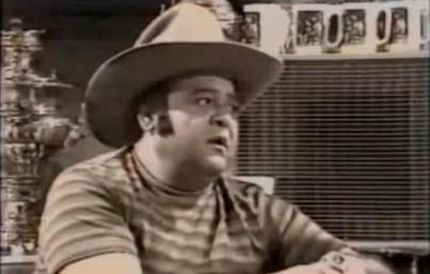 Legend comedian,actor Rangeela rememberd on his ninth death anniversary obsered on Saturday. Born in 1937 in Afghanistan, Rangeela started his professional career in 1957 with Urdu film `Daata’, and shot to fame with films `Surya’ and `Gehra Daagh’.

He contributed as musician, singer, lyricist, writer and distributor, PTV reported. He took a keen interest in body-building and physical exercises as a teenager. He moved to Lahore at a young age and earned his livelihood by painting billboards for the Lahore movie industry. Rangeela made his professional cinematic debut in a 1958 Punjabi film called `Jatti’.

As well acting in movies, he also directed many, sang songs, and wrote some scripts. The film `Diya Aur Toofan’ was Rangeela’s directional debut. He directed numerous movies under the banner of `Rangeela productions’. His acting was showcased in `Rangeela’, September 11, 1970, in which he played the title role. His third consecutive hit film was `Dil aur duniya’ starring Habib- Aasia- Rangeela. Rangeela died in 2005 at the age of 68. -brecorder