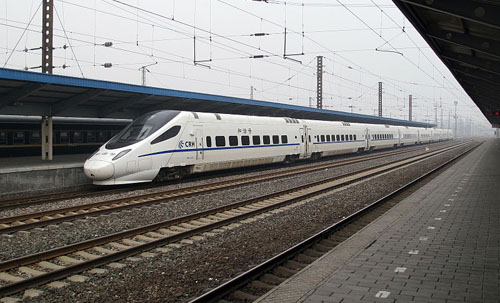 Pakistan and China have signed an agreement for Metro Train project here on Wednesday. Chief Minister of Punjab Shahbaz Sharif and Chinese company NDRC chairman signed on the deal in a ceremony especially held for the occasion.

Presidents of both the countries were also present in the ceremony. Shahbaz Sharif said Metro Train project will be one of its own kind in Pakistan and it will be designed and financed by Chinese government. He further said that it’s a great day for Pakistan and this project will create another milestone in the history of Pakistan. The project has been named “Orange Line Metro Train”. -thenewstribe