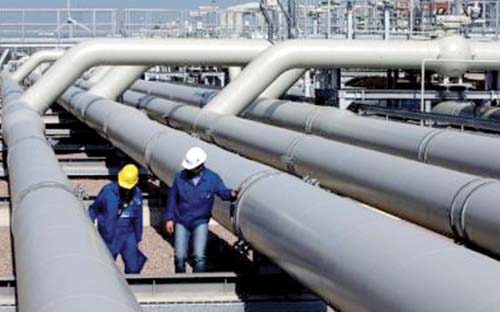 Experts at a seminar on energy crisis on Wednesday recommended the government increase supply of gas to the power sector, reduce distribution losses, eliminate circular debt, and rationalize tariff, besides fixing the system to alleviate the suffering of the people.

These recommendations were the outcome of expert’s discussion and also the findings of a research study which was organized by the Institute for Policy Reforms (IPR). Beside, releasing budgetary proposals for the coming fiscal, a research report regarding easing load shedding burden on the people and was also presented during this event by a Working Group comprising, Dr. Hafiz Pasha, Mr. Shakil Durrani, Mr. Munawar Baseer, Mr. Abdullah Yusuf. Mr. Humayun Akhtar Khan, Mr. Haroon Akhtar Khan etc.

The IPR also gave an eye opening presentation on short-term measures for quick relief to the people from load shedding. IPR’s discussion shed new information on the issue of energy. Former federal minister and Chairman HEC, Dr. Attaur Rahman while chairing the session of a presentation on energy found agree with the analysis and recommendations presented during the seminar. He stated that people at large suffered from power shortage and government must take immediate action to alleviate the situation. Presenting the analyses, Mr. Ashraf Hayat, Executive Director IPR, stated that while government’s efforts to increase generation capacity in the medium-term was commendable, it was critical that it provide relief to the people immediately.

This can be done by improving performance of the present system to reduce the gap between demand and supply. Focusing on thermal power, IPR research shows that peak output achieved by the country within the last five years was 38% greater than electricity produced during fiscal 2012-13. The government must ensure that the country reach, at least, the same level of generation as it recently achieved. In order to do so, government must allocate more gas to power plants and not only eliminate circular debt one time, but on a continuous basis. Data showed clearly that reduction of circular debt last year increased power generation immediately. The gains were temporary and limited as generation began to decline soon as circular debt began to increase.

The amount of circular debt is known to government, but it under provides in the budget. NEPRA estimates that circular debt in 2013-14 will amount to 355 billion Rs. Against this government has provided 220 billion Rs. This results in an unnecessary build up with high costs for the economy from power shortage and inconvenience for the people. Usually the government makes up the shortage by year-end, but by then the damage is done to power production. A large part of the circular debt is caused by line losses and non-collection of bills, especially from the private sector. IPR estimates that these losses amount to 270 billion rupees.

As all but one distribution companies are in the public sector, it is the government’s responsibility to reduce line losses and ensure recovery of bills. Poor performance by distribution companies results in circular debt and loss in power generation capacity. If the government wanted, it could reduce these losses immediately by at least fifty percent. What is more, non-collection of billed amount has increased. If present trend continues, the loss from non-recovery alone could be as high as 117 billion rupees. The loss for July-Feb has already reached 78 billion. At a time of peak crisis, government has increased supply of gas for fertilizer at the expense of the power sector.

This has forced some generation companies to shift to furnace oil. Electricity production from furnace oil is two and a half times more expensive than from gas (Rs. 18/KWh against Rs. 7). All this increases tariff burden on the people and makes our industry non-competitive. Gas available to the power sector during July–December 2013, was almost 20% less than for the same period previous year. IPR recommended that this gas must go back to the power sector because its use for fertilizer has a high economic cost. Every million cubic feet of gas given to fertilizer instead of power costs the economy about 7000 dollars. It is 80% more beneficial to use gas for power than for fertilizer.

This does not take in to account the loss to the economy from power shortage. The presentation showed that whereas gas had a share of over 60% in thermal generation in 2008-09, it has come down to 43% in 2012-13 and is estimated to be even lower at present. These factors together made the power sector unsustainable. These are policy issues that government can correct quickly. No industry can perform with such high losses and weak policies. Private investment shied away as it cannot recover cost. Public investment was also tardy which meant that hydropower potential remains unrealized. The presentation wondered at government’s priorities. -dailytimes