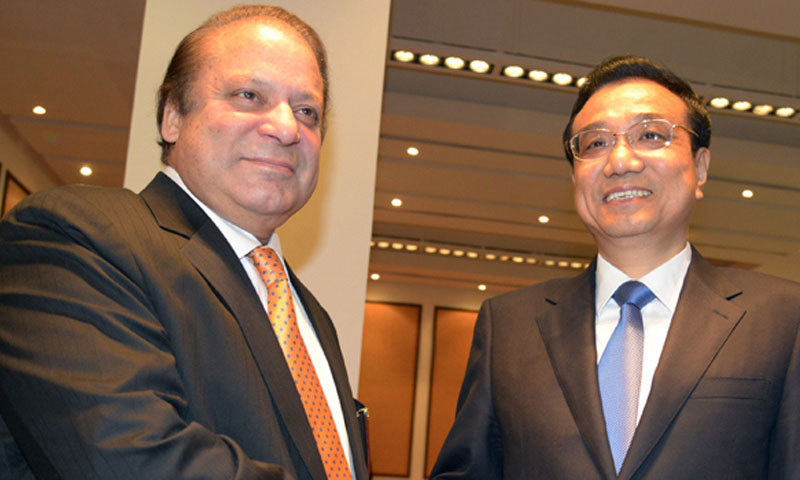 Presiding over a meeting ahead of his visit to China, Mr Sharif said the government would ensure that Chinese investments in Pakistan were secure and would provide best returns. Minister for Planning and Development Ahsan Iqbal apprised the prime minister that a framework agreement to be signed with the Chinese government for funding of projects had been finalized.

The minister also briefed him on the status of Karachi-Lahore motorway project and the rehabilitation plan for Lahore-Islamabad motorway. The prime minister was informed that the master plan for Pakistan Power Park at Gaddani has been completed while feasibility study for jetty and infrastructure will be completed by June. Mr nawaz Sharif told the meeting that energy and infrastructure projects were the backbone of country’s economy and these needed to be completed as early as possible.

The prime minister will attend the Boao Forum for Asia in Beijing from April 9 to 11. He will hold talks with the Chinese leadership on financing of the projects under the Pak-China Economic Corridor as well as measures to further enhance economic cooperation between the two countries. Federal Ministers Khawaja Mohammad Asif and Khawaja Saad Rafiq also attended the meeting. Chinese Premier Li Keqiang will inaugurate the Boao Forum for Asia Annual Conference. Prime Minister Sharif will address the forum on April 10. -Dawn

Blast on Jaffar Express near Sibi