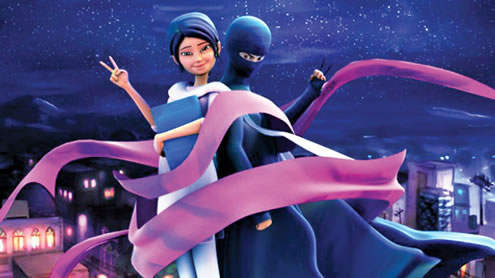 Burka Avenger, a Pakistani animated series about female empowerment, was among the international programmes honoured on Wednesday at the annual Peabody Awards, the oldest and one of the top honours in broadcasting.

Other winners were Danish political drama “Borgen” and a Philippine television network’s coverage of November’s Typhoon Haiyan that killed more than 6,000 people. The Peabody Awards recognise the best in television, radio, internet broadcasting, producing organisations and individuals. A record 46 awards were handed out this year.

The winners will be honoured at a ceremony in New York on May 19. Netflix political thriller “House of Cards” and jail house comedy-drama “Orange Is the New Black”, along with a trio of HBO documentaries, headlined the American winners. 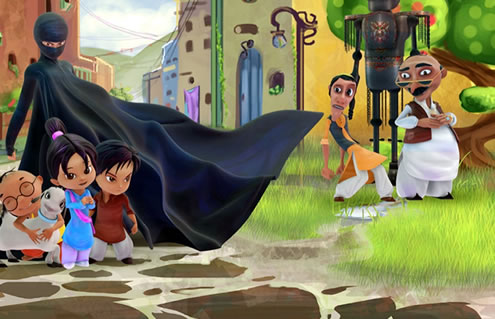 Public broadcaster PBS won 12 awards, including one for “League of Denial: The NFL’s Concussion Crisis” about football’s long-term health risks and “Broadway Musicals: A Jewish Legacy”, which examined the Jewish roots of American musical theatre.

“House of Cards”, which was the first online-streaming show to win an Emmy award, was praised for Netflix’s unique approach of releasing all the season’s episodes at once.

“Netflix took binge viewing to a new level and obliterated the idea that a hit TV show needs a slot in prime time,” the Peabody panel said.

Netflix’s “Orange Is the New Black”, about a bisexual woman reunited with her ex-lover in prison, was lauded for its “complex, riveting character study rich in insights about femininity, race, power, and the politics, inside and outside prison walls, of mass incarceration”.